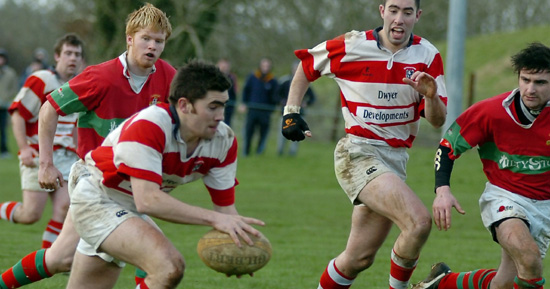 One of the most prestigious competitions in Munster Rugby- the Heineken Junior Challenge Cup- is set to begin this weekend. Many of the teams participating will believe they have a realistic chance of grabbing the silverware and it is likely to be a very entertaining and competitive campaign.

The draw for the first two Rounds has been made, with First and several Second Round games scheduled to take place this weekend.

Cobh Pirates are the current holders of the title and they have built on last season’s success and will be amongst the favorites. It would be a major shock if they were not to advance to the Third Round, as they enjoy home ties against Third Division opposition; Kinsale and Carrick-On-Suir. The East Cork side won’t be complacent as these sides would love to cause an upset.

The tie that stands out may not even materialize, as Cork Constitution and UCC are scheduled to come face to face in the Second Round in a rematch of the Final from two seasons’ ago, but they first must overcome some tricky obstacles. Con’ face a potential banana skin as they travel down to Tralee and while the students will enjoy home advantage against Fermoy, the North Cork side have been impressive so far and will provide a stern test for College.

Having claimed the Seconds League title, UL Bohemian will want to add to their trophy cabinet and would be expected to come through unscathed as they host Abbeyfeale. Thurles host Garryowen in one of big games in the Northern Section while the clash between Young Munster and Cashel at Clifford Park is another interesting tie between a Senior and Junior club.