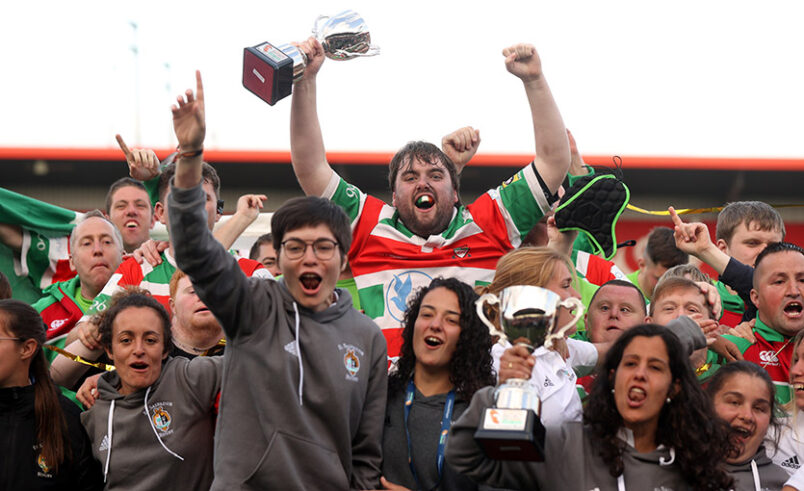 The International Mixed Ability Rugby Tournament (IMART) World Cup came to a conclusion on Friday with 14 finals and playoffs down for decision.

In what was a hugely successful week for mixed ability sport, an estimated 25,000 visitors descended on Musgrave Park in Cork to support the 28 teams competing at the World Cup.

The Spirit Of Rugby Trophies were won by UR Almeria / Incluindus (women’s) and Incluindus (men’s), which were awarded based on the commitment to rugby values.

Click here for some of the best pictures taken from Friday’s Finals Day.

See below for a list of results from the final day of IMART 2022.

*Both teams accrued the same amount of spirit points. Malone Tornadoes finish 5th due to scoring the first try in the game.

**Halifax Magpies finish 5th courtesy of a greater number of spirit points accrued across the tournament.