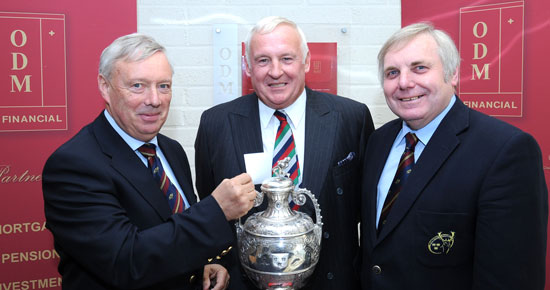 The Second Round of this season’s ODM Munster Senior Cup takes place over the weekend with sixteen teams looking to get their hands on the famous trophy.

There is little argument as to the fixture of the weekend, as current Cup holders Shannon take on League Champions Cork Constitution at Coonagh.
Shannon have an amazing record over the past few years and will be as hungry as ever to retain the trophy. The Limerick side have already qualified for the Final of the Limerick Charity Cup, albeit by the narrowest of margins against Young Munster. They will be hoping that they can build on that performance going into this clash.
Cork Con’ were involved in the only First Round game, where they convincingly defeated a strong UL Bohemian side. The League holders will be fired up to knock Shannon out and take the trophy back to Temple Hill for the first time in twenty seasons. The likes of Merle O’Connell and Billy Holland will be hoping to reproduce the form they showed in that game.
Highfield came very close to upsetting the odds against Shannon in last season’s final, with the game in the balance right until the end. The Woodleigh Park team have made an impressive start to the season with a pair of big victories in the Cork Charity Cup and new Coach Paul Young appears to have them well prepared for the season.
They will face an increase in intensity this weekend as they must travel to Clifford Park to take on Young Munster. The Cookies have built n last season’s success in Division Two and will be keen to make an impact on the top flight. With a passionate crowd behind the, they will be favourites to get back to winning ways.
There will be a very tough Limerick derby at Fitzgerald Park as Thomond will be eager to get the better of one of the tournament favourites:
Garryowen. The Light Blues will be expected to come through but will be aware that any complacency could seriously back-fire.
The other First Division side in the competition; Dolphin faces a potential banana skin as they make the short trip to Clonakilty. The West Cork team are renowned for being a great Cup team but Dolphin will expect to prevail.
Midleton will fancy their chances of causing an upset as they have been drawn at home to UCC, who will be playing their first competitive match.
Midleton will look to keep it tight but the launch of the ELVs may improve the College side’s chances of progressing.
Having won the Junior Clubs Challenge Cup last season, Crosshaven have been offered the chance to compete in the Senior competition. They will look to the example of Cashel a few seasons ago when they reached the semi-final for inspiration. They entertain Bruff but are unlikely to stop the visitors from progressing.
In Tipperary, Nenagh Ormond will be hoping that they can get the better of an Old Crescent side, who finished last season spectacularly to avoid dropping to the Third Division.
Two third Division sides clash in Ballinakill where Waterpark host Sunday’s Well. The two teams will be eager to get a confidence boosting victory under their belts before the League commences.