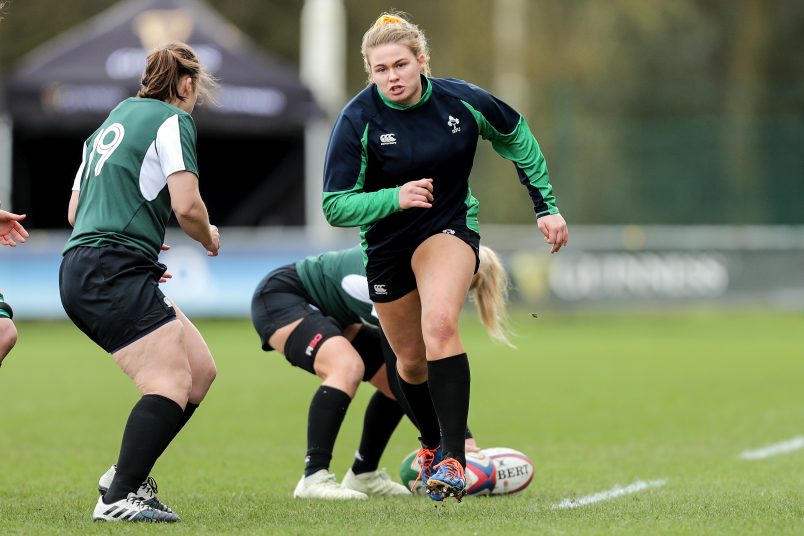 Fethard RFC’s Dorothy Wall has enjoyed another fantastic season with the youngster making her senior Ireland debut in the 6 Nations.

A half-time replacement in the opening game against Scotland, Wall played a vital role in ensuring Ireland made a winning start to the campaign and spoke to IrishRugby.ie about her first Ireland cap and her career to date.

“I wasn’t even nervous which, thinking back now, was probably kind of strange,” she told IrishRugby.ie. “It was more just excitement, to be honest. I was excited to get out there and make something happen for the team.”

Wall’s impact on debut was immediate. The 19-year-old made a remarkable 20 tackles in her 40 minutes off the bench against the Scots, as Griggs’ Ireland secured a hard-earned 18-14 victory at Donnybrook. From her work-rate and physicality in defence to a dynamic ball-carrying threat in attack, the flanker demonstrated her exciting potential in green.

It was the moment the Tipperary native had been building and working towards for the weeks and months previous, having first broken into Griggs’ senior squad last November, and to have her family and friends in attendance to share the occasion with her made it particularly special.

“I had never played in front of a crowd like that,” Wall recalls. “It was incredible. I loved every second of it and having won, I was so happy afterwards. To see my family, and my Gran who is a rugby fanatic, afterwards was amazing. It was a really great day, probably the best I’ve ever had to be honest.”

An afternoon of immense joy for the Wall family, a moment in time to remember with sentiment and fondness. And then there are the wonderful photos of Dorothy and her Granny in those minutes after the final whistle. The hugs, the post-match words of wisdom, the pride. Betsy O’Connor, decked head to toe in green, was understandably the proudest person in Donnybrook that afternoon. She had just watched her Granddaughter play for Ireland.

“My biggest fan,” Wall laughs. “She has watched all my matches and would ring me up when we’re home and tell me what I did wrong or what I did right. To be fair, all my family – my parents, brothers and uncles – are really involved which is nice. They all played or coached at some point so we’re all obsessed by it. Their support means a lot.”

Wall always harboured ambitions of playing rugby from a young age given she grew up in a household where the oval ball dominated, but having played basketball through school, her journey to the Test stage only began in Transition Year when Polly Murphy invited her down to Fethard and District RFC.

Murphy, who was awarded the Ballyseedy Munster Rugby Volunteer of the Month award in October 2018 for her work and dedication towards the development of women’s and girls’ rugby at Fethard, recognised Wall’s potential and ensured her talent was nurtured and honed with the right coaching and support.

From those early days playing with Fethard, Wall’s development was prodigious. She quickly moved into the Munster Under-18 squad, helping the province to Inter-Provincial glory in the summer of 2016 alongside Enya Breen and Emily Lane, before linking up with the Ireland Under-18 Sevens programme under Stan McDowell. 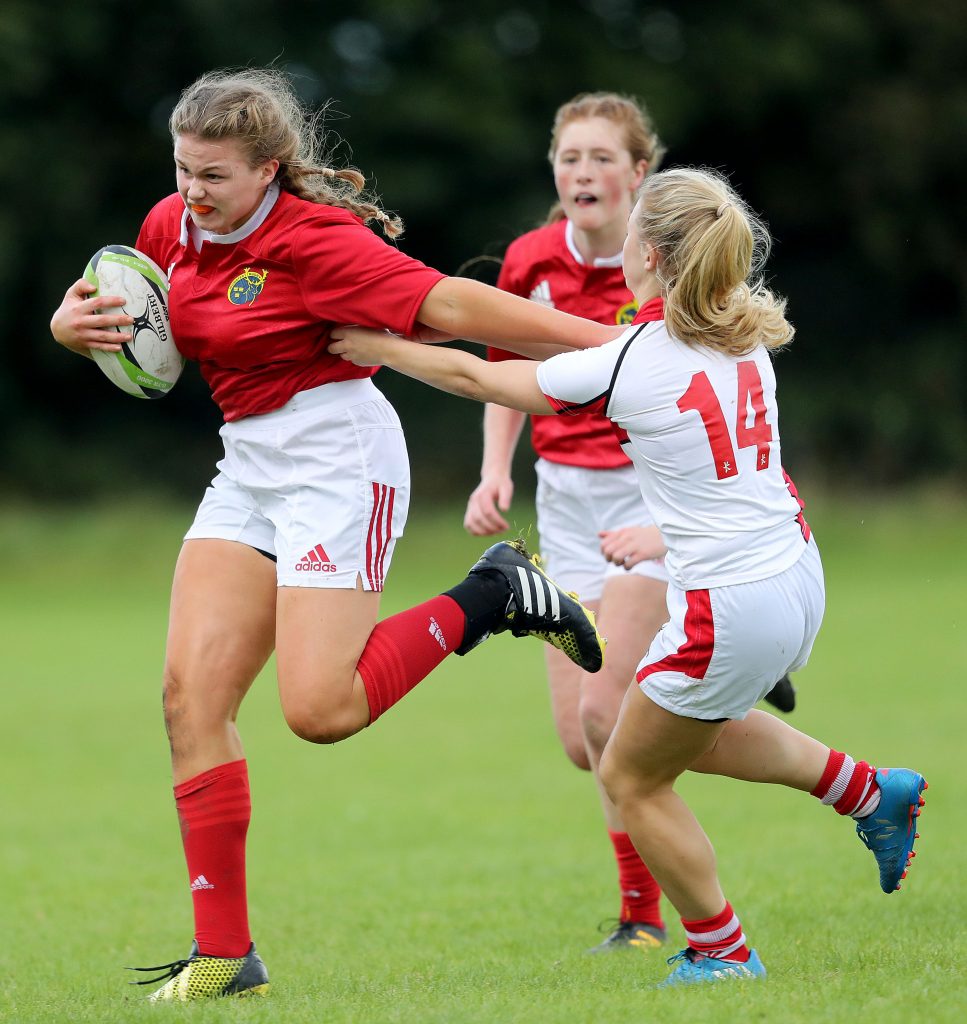 Wall in action for the Munster U18s.

As well as representing Presentation Thurles in the IRFU Girls X7s tournaments around the country, Wall was starring for Ireland Under-18s on the international stage as part of a richly-talented team containing the likes of Lucinda Kinghan, Beibhinn Parsons, Megan Burns and Anna Doyle.

“I was just obsessed with it from the start,” she says. “Going up to DCU to train with the Sevens, it was all I wanted to do really. I was so excited to get up there, train and meet new girls. I would always leave wanting to be better the next time I arrived and that made me want to be a better player. Being involved in Sevens from the age of 17 has helped develop my skills for sure.”

A product of the IRFU’s Women’s Development Pathway system, Wall remembers fondly the summer of 2018, during which she was part of the victorious Ireland Under-18s side that claimed the Under-18 Home Nations Trophy and then also won a bronze medal at the Rugby Europe Vichy Sevens.

That level of exposure to international competition helped accelerate Wall’s development and after travelling to Dubai with the Ireland Women’s Development side in December 2018, she won her first senior Sevens cap at the Rugby Europe Women’s Sevens Grand Prix Series leg in Kharkiv in July 2019.

“The pathways in place are brilliant,” Wall continues.

“For me, it was my club, to Munster, to underage Sevens, to senior Sevens and now to the senior 15s. There are pathways and support structures there for young players, and more importantly young girls, to progress through and while it isn’t always plain sailing, the blips and hardships are all worth it in the end.” 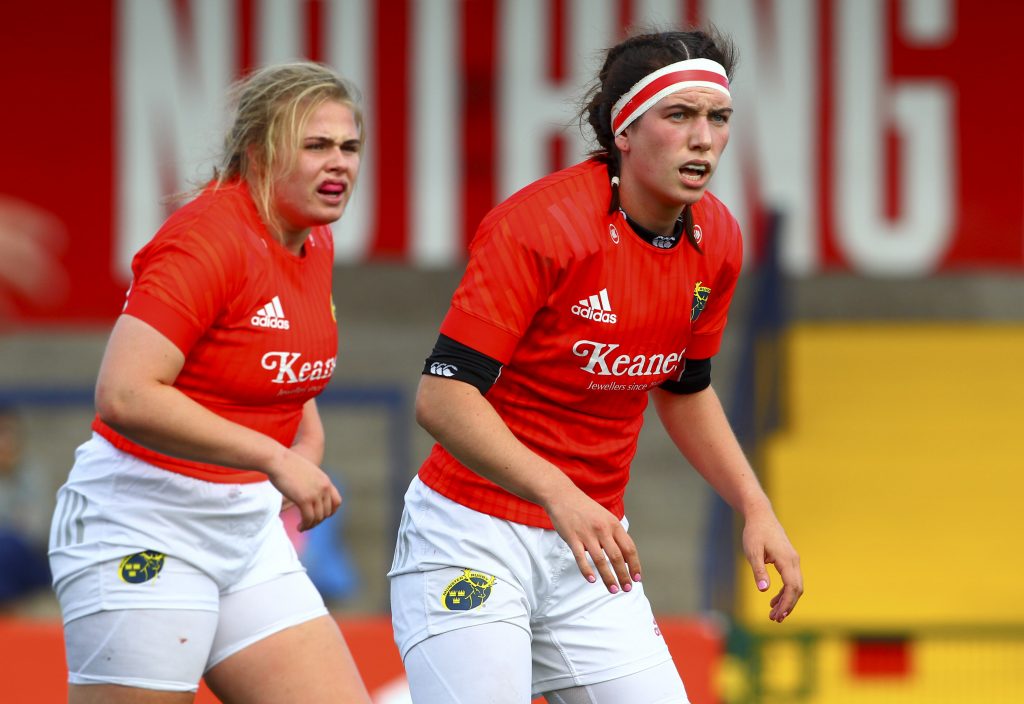 Since the start of this season, Wall has been training full-time with the Sevens programme at the IRFU High Performance Centre under the guidance of IRFU Director of Women’s and Sevens Rugby, Anthony Eddy, before she turned her focus to 15s for the Six Nations.

“I love going in every day to train because when you’ve got that level of support and you’re training and playing rugby in those world-class facilities, there’s no way you’re not going to improve.

“At the start it’s hard, when you’re thrown in at 18. You probably sink a bit at the start but then you find your feet and begin to swim. There were four or five of us who came into the senior set-up at the same time and it was a massive learning curve for me.

“You get to know what hard work is very quickly but you get to love that hard work too. Being in the Sevens programme has just increased my appetite and opened my eyes to what you need to do as a rugby player.”

Alongside the likes of Lane and Doyle in the Sevens programme, and Breen and Parsons in the 15s set-up, it is hugely exciting for Ireland to have promising, skilful and physical young players emerging from the development systems now in place across all four provinces.

Wall made two further Six Nations appearances off the bench against Wales and England before the 2020 Championship was disrupted by the global COVID-19 pandemic, but in her three senior caps to date, the UCD student has more than shown she has the potential and pedigree to become a highly influential player in Griggs’ back row.

While Wall’s recent focus has been on the 15-a-side game as she made her hard-earned breakthrough at Test level, the dynamic flanker is keen to continue playing both formats, cognisant of the role Sevens rugby has played in her growth as a player with a rounded skillset. 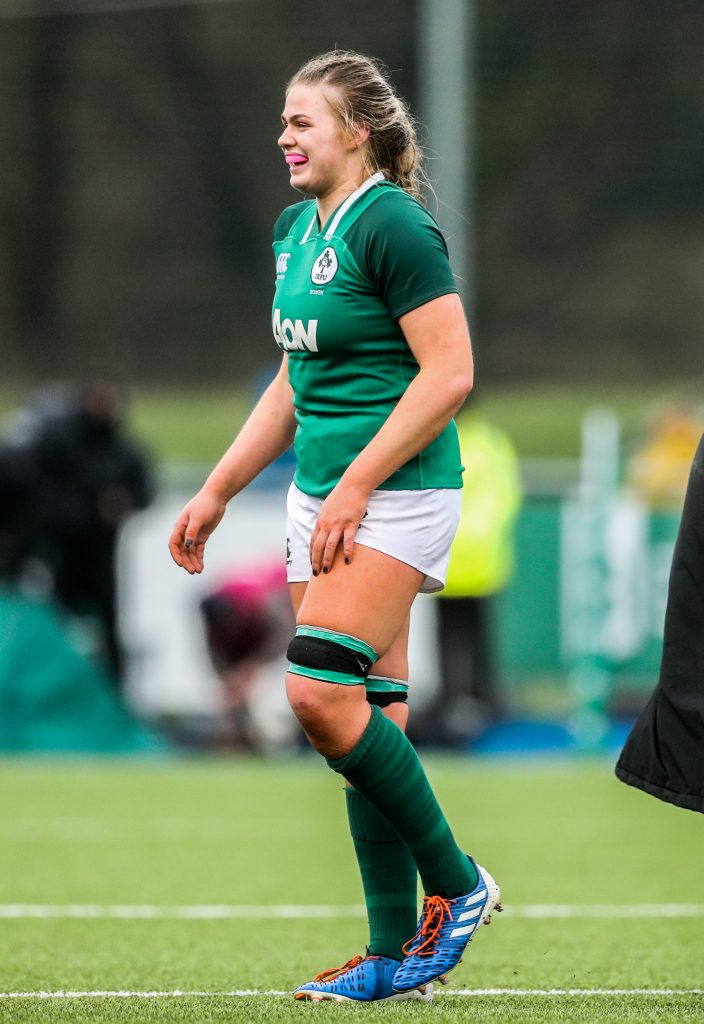 “I love playing for both teams as the environments are very much the same. It’s a great honour to have been capped in both formats and I’m very grateful for the opportunities I’ve received in recent times. Winning my first cap at Donnybrook was a big goal but it’s only the start. We want to go to a World Cup and, for the Sevens, we have our target of getting to the Olympics.

“The players across both squads are working incredibly hard every day with those goals in mind and that’s what is driving us on.

“When I got home from Dublin last week, I had my first Sevens jersey, first 15s jersey and my first senior cap from the Scotland game in my bag,” Wall smiles.

“My Dad grabbed them off me pretty quickly so I’m not sure what he’s going to do with them but I’d say he has something planned. They’ll be up on the wall next time I’m home I’m sure.”

Pride of place in the Wall household and hopefully the first of many.