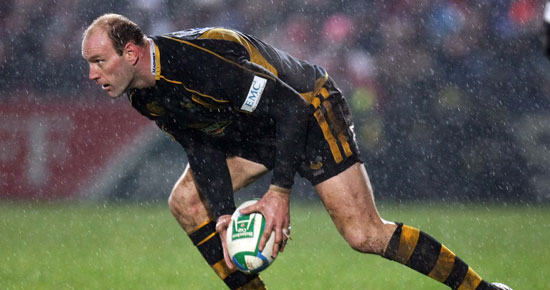 Clonmel Rugby Club have pulled off a major coup in securing Wasps, England and Lions legend Lawrence Dallaglio for their biannual Black Tie Dinner to be held in Hotel Minella, Clonmel on Friday 31st October.

With 85 England caps and three Lions tours under his belt, this colossus of world rugby has done it all and will be a major attraction when he undertakes his first speaking engagement in Ireland in Clonmel. The man who has capped London Wasps for many years until his retirement this year has also added the Heineken Cup to his list of achievements which seem endless. He is only one of two players in the world to have won World Cup medals at both Sevens and full XV. Dallaglio is just an amazing character with a great story to tell – when at school in Richmond he sang backing vocals on Tina Turner’s 1985 hit "We Don’t Need Another Hero".

The word is already out – this is going to be a huge occasion which will attract attention from far and wide but unfortunately we will have to limit the attendance to 300. Dallaglio is a big Munster fan so the exchanges should be good! Tickets will be available shortly on a "first come" basis. Contact the club, mornings only, at 052-25723 or at office@clonmelrfc.com . It’s going to be some occasion!