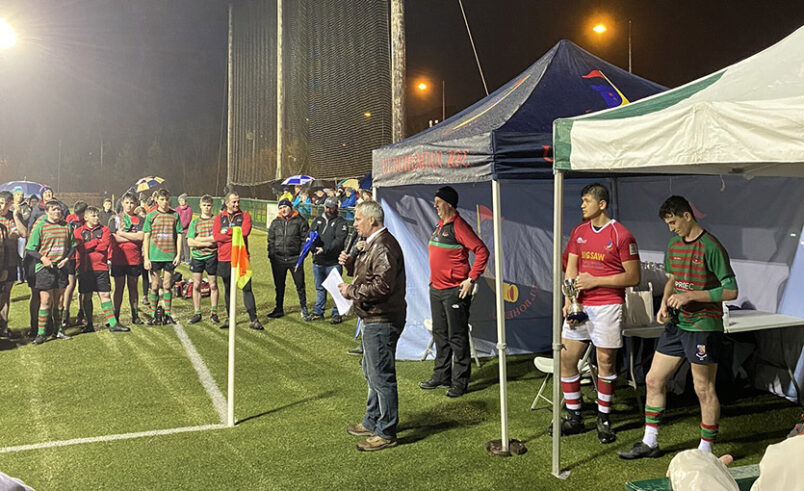 Presentation held at the end of the match Credit: Graham Burns

A memorial match for the late Newport RFC president Declan Ryan was held on Thursday at the University of Limerick.

Declan Ryan sadly passed away earlier this year and a memorial match between Newport RFC and UL Bohemian RFC, a club he also had ties to, was held to contest the Declan Ryan Memorial Cup.

The match, which involved the respective clubs’ U18 sides, was officiated by Andy Brace and also saw Joy Neville feature as touch judge. The match was won by UL Bohs with Declan’s son, Aidan, deservedly winning Player of the Match.

Prior to becoming club president, Declan Ryan held many roles with the North Tipperary club including kit-man, groundskeeper, vice-chairperson and chairperson. Most recently, he was serving his second term as club president. 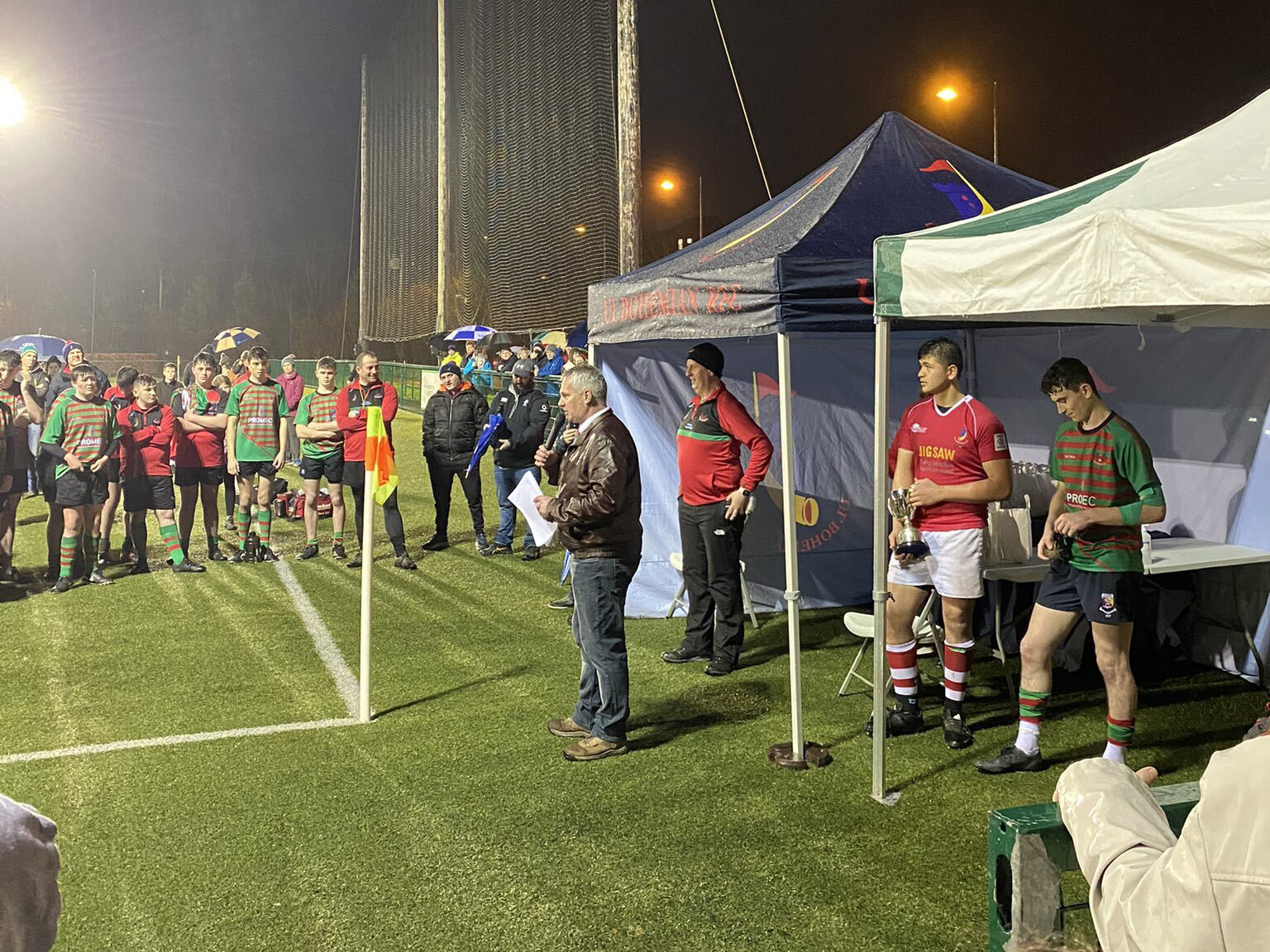 Presentation held at the end of the match Credit: Graham Burns

A view of the players from both teams. Credit: Alan Ward