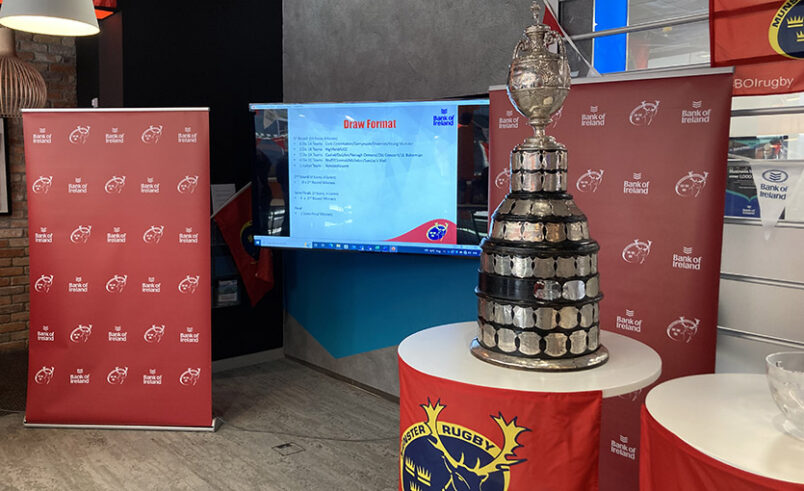 The draw has been made for the 2022/23 Bank of Ireland Munster Senior Challenge Cup with 16 teams set to battle it out for the prestigious trophy.

Healy, who played in a Munster Senior Challenge Cup final in 2019 with Garryowen, said: “When I got to Garryowen and when I was playing, the Senior Cup was as big as the AIL and some people who were heavily involved in the club would think it was bigger.

“They’d be telling you about the times we won it, the times we played in it and the times we lost it. It was very significant, I learned that when I went to Garryowen.”

Details of the draw which was conducted today can be found below.