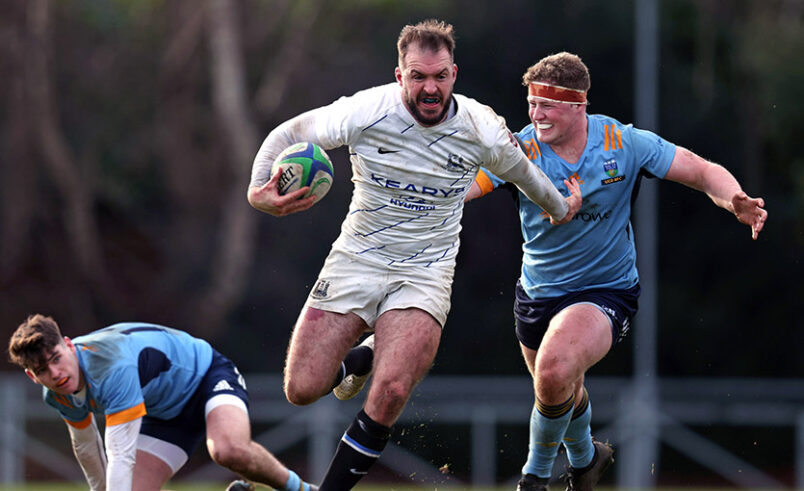 Shannon were the only Munster side to win in the top two divisions of the men’s All Ireland League.

In Division 1A, Cork Constitution claimed three points from their 31-31 draw away to U.C.D. to improve their hopes of a top four finish.  The visitors trailed 17-14 at half time and had tries from Alex McHenry, Max Abbott, James Murphy and Niall Kenneally. Aidan Moynihan converted all four tries and also added a penalty.

Young Munster slipped further out of the All Ireland race after they lost 22-14 away to leaders Clontarf. Jason Kiely and Josh Wycherley scored tries for “the Cookies” and Evan Cusack converted both.

Terenure came from thirteen points down to defeat Garryowen at Dooradoyle 18-17. Bryan Fitzgerald and Tommy O’Hora scored tries for the Dooradoyle side and Tony Butler converted both and also added a penalty.

Ballynahinch recorded their first win of the campaign defeating U.C.C. 19-9 at the Mardyke to move off the foot of the table. Daniel Squires kicked three penalties for the students.

In the top-four section of the Women’s All Ireland League, U.L. Bohemian lost 22-12 away to Old Belvedere. Lily Brady and Eimear Considine scored tries for Bohs and Rachel Allen added a conversion.

Ballincollig lost 50-5 away to Galwegians in the final series of games in the Conference section.

Back to the men’s All Ireland League, the meeting of the top two sides in Division 1B resulted in a 30-3 win for leaders Old Wesley over Highfield at Donnybrook. While the visitors had plenty of possession, they were unable to convert it into scores and had to rely on a penalty from James Taylor.

Shannon kept their hopes of a top four finish alive with a 62-0 home win over bottom side Navan. Ronan Coffey and Conor Glynn each scored two tries for the winners and Alex Long, Kelvin Brown, Killian Dineen, Jordan Prenderville also crossed the line. They were also awarded a penalty try. John O’Sullivan kicked five conversions and a penalty and Joh Bateman also added a penalty.

Division 2A leaders Queens University ended Nenagh Ormond’s recent good run with a 48-21 win in Belfast. Nicky Irwin scored two tries for the Tipperary side and Derek Corcoran got one, with Fionn McGibney converting all three.

Cashel extended their lead over third placed Ballymena with a 17-7 win at Eaton Park. James Ryan, Adam Dunne and Aidan O’Connor scored tries for the winners and Cian Mullane added one conversion.

U.L. Bohemian eased their relegation worries with a 21-16 away win over bottom side Rainey Old Boys at Hatrick Pack. Darragh O’Gorman scored two tries for the visitors and they were also awarded a penalty try.

Dolphin lost 60-7 away to Buccaneers  to be just six points above the relegation places.

The shock of the day was in Division 2C where bottom side Sunday’s Well followed up their win over second placed Skerries last time out with a 13-12 home win over leaders Enniscorthy. Conor O’Brien scored a try for the ‘Well and Eoin Geary converted and also added two penalties.

Skerries closed the gap on the leaders with a 41-16 home win over Midleton. Rian Hogan and Julian Power scored tries for Midleton and Stuart Lee kicked two penalties.

Bruff eased their relegation worries with a 17-15 home win over Omagh Academicals. Paul Collins and Pa Maher scored tries for the winners and Collins converted both and also added a penalty.

Clonmel moved out of the relegation zone with a 27-12 win over City of Derry in a game that was moved to the Fethard Sports complex. John Gallagher, Niall Campion and Luke Hogan scored tries for Clonmel and Darren Cross kicked a conversion and a penalty. They were also awarded a penalty try.