Jeremy Loughman Eager To Push On After 1st Cap 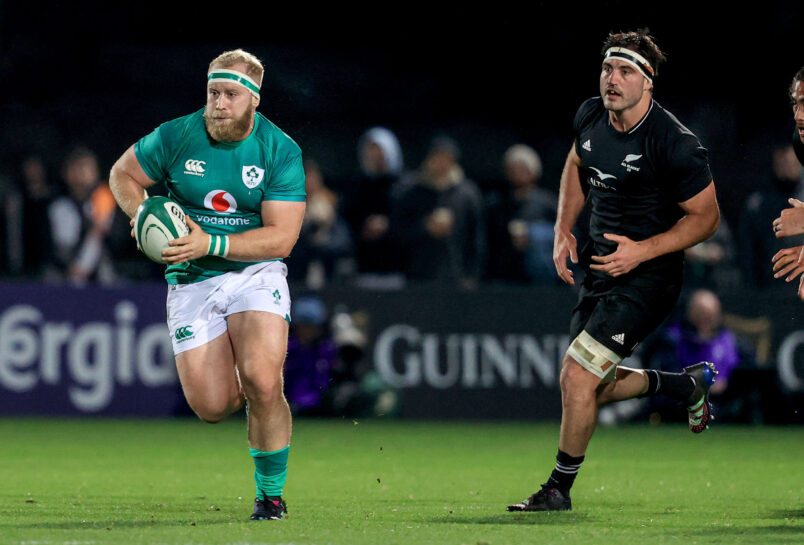 Jeremy Loughman in action for Ireland A earlier this month. Inpho

It was a proud day for Jeremy Loughman last Saturday as he earned his first Ireland cap almost exactly five years to the day since his arrival at Munster.

The 27-year-old loosehead prop, who can also play tighthead, made his Ireland debut along with Jack Crowley to make it 21 Ireland internationals among the current Munster squad.

The achievement capped an extremely productive five years at Munster that has seen the proud Athy man become a mainstay of the squad and make 76 Munster appearances.

Loughman’s path to international rugby has been an interesting one that started in Reno Nevada, where he was born in 1995.

With an Irish father and German mother, his family moved from the USA to England in Loughman’s youth before settling in his father’s hometown of Athy when Jeremy was 12.

His family’s move home coincided with the Carberys’ arrival from Auckland as the Athy RFC U12s gained two future Munster and Ireland internationals.

Loughman’s passion for the game grew at Ardscoil na Tríonóide and he made the move to Blackrock College for fifth and sixth year, helping the Dublin school win two Leinster Schools Senior Cups.

The turning point for Loughman came at the end of fifth year when he was called up to the Ireland U18s team, it was then that he decided to pursue a career in professional rugby.

Ireland U19 and U20 honours followed before he earned a place in the Leinster Academy and made five appearances with the province before an opportunity arose that led him to Limerick.

An injury crisis at loosehead prop saw Loughman become Johann van Graan’s first signing as Munster Head Coach and the five years since have been a great success.

Making the move from one province to another was eased by his early experiences in moving countries at an early age with the affable Loughman taking everything in his stride.

“When you are young, it is very hard, a big shock. You get used to somewhere and you make friends then you move again. After a couple of those, it was a skill I developed where I could just drop myself in and learn to be myself, just get on with people.

“I think I’m very open, easy to get on with, which helps. It is a case of just trying to get stuck in the middle of it straight away. That’s something that I have done well in all those environments.”

His first six months was spent gaining experience with Munster A and Garryowen before a breakthrough season in 2018/19 that included 20 appearances. 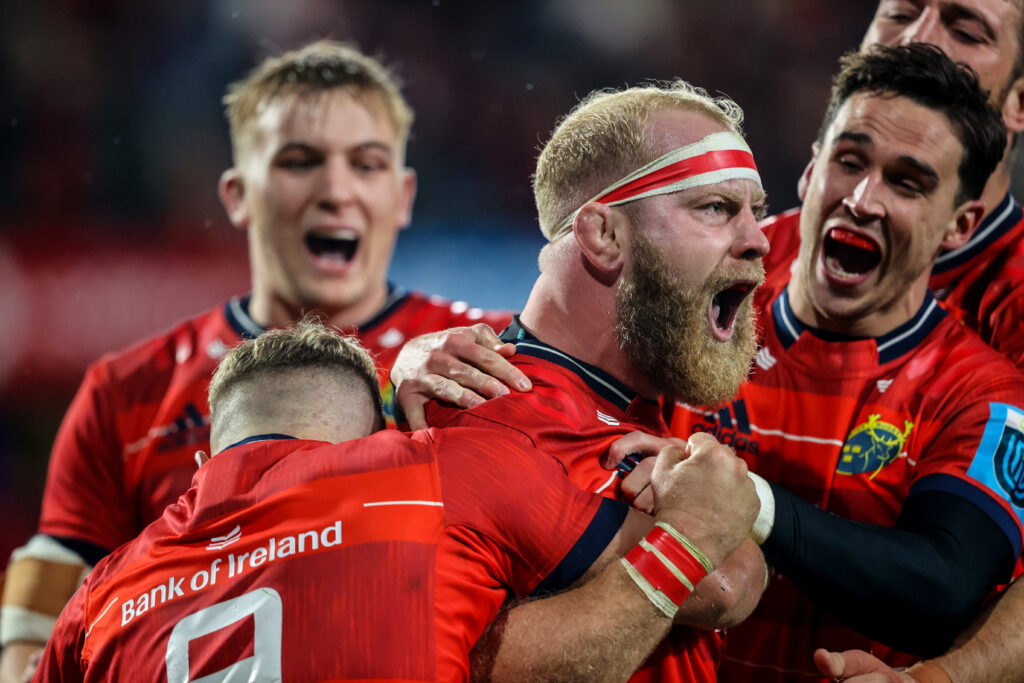 As Jeremy recently explained to Access Munster: “I had a good pre-season [before 2018/19] and I played in nearly every game for the two years after that.

“You really feel then that you’re part of the team more so than being part of the squad, which is obviously massive as well.

“When you’re playing week in, week out…it’s hard to explain but you grow some confidence from it because you get this trust and the coaches believe in you and they trust you to get the result.

“The moment that really stood out for me was when they picked me for the home European game against Castres (a 30-5 victory in December 2018).

“That was class, a really special day. I had experienced some good Thomond Park days but I can remember getting the team bus from the hotel and going up the road by Ardscoil Rís and there’s so many people.

“We pulled up outside the stadium, it was a cracker of a day and I felt like I’d really made it and it was a very proud moment.”

Having established himself at Munster, international interest arose from the country of his birth but he only had eyes for the green jersey.

“They [the USA Eagles] asked to see what kind of interest I had. Things were going well with Munster. The last two years I was getting more confident, felt that I was pushing myself into the team.

“I could see that if I could really push myself there [in Munster], then there was a chance here [with Ireland], so I would just stick to my guns. Living here, playing rugby here, being here pretty much my whole life, I was like, ‘I want to play with Ireland.’ That was my goal.”

Loughman’s Ireland dream would edge closer to reality when Andy Farrell called him up to the Ireland squad during the 2022 6 Nations.

He travelled with the squad to Twickenham and was with the team in Dublin when they beat Scotland to win the Triple Crown.

He didn’t win a cap but had a foot in the door and impressed on the summer tour to New Zealand, featuring in both uncapped games against the Maori All Blacks.

Then came his big moment last week, a starting place for Ireland against Fiji and the honour of earning his first cap.

Loughman acquitted himself well in the win and while it was a proud moment, he is keen to keep improving.

“I have been pushing to get that for me and my family. 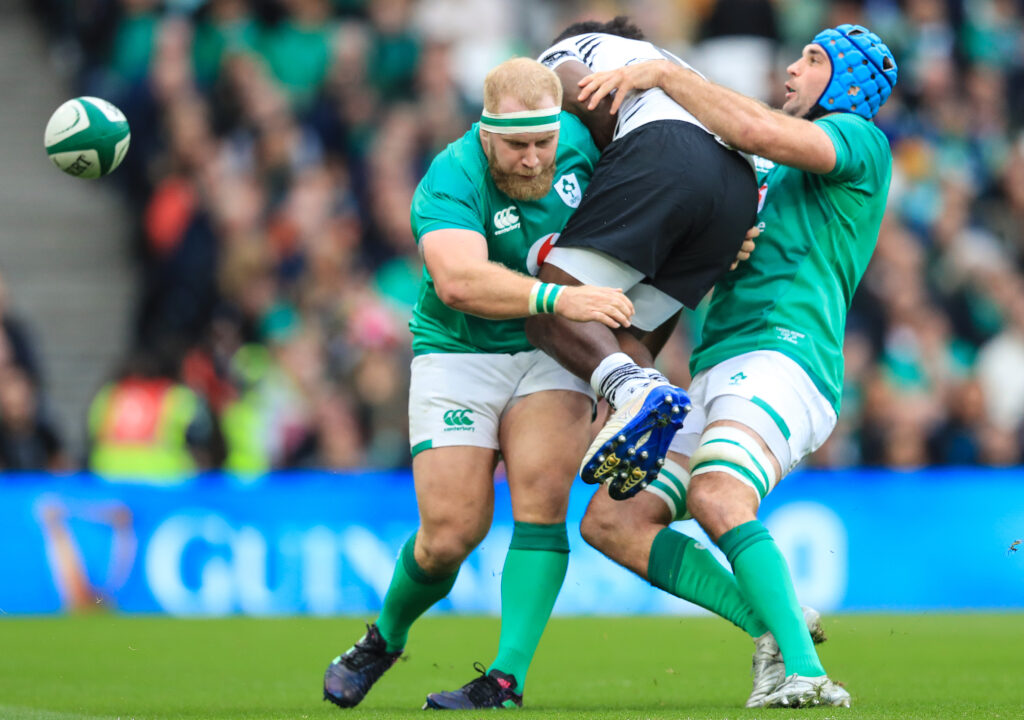 Jeremy Loughman in action against Fiji.