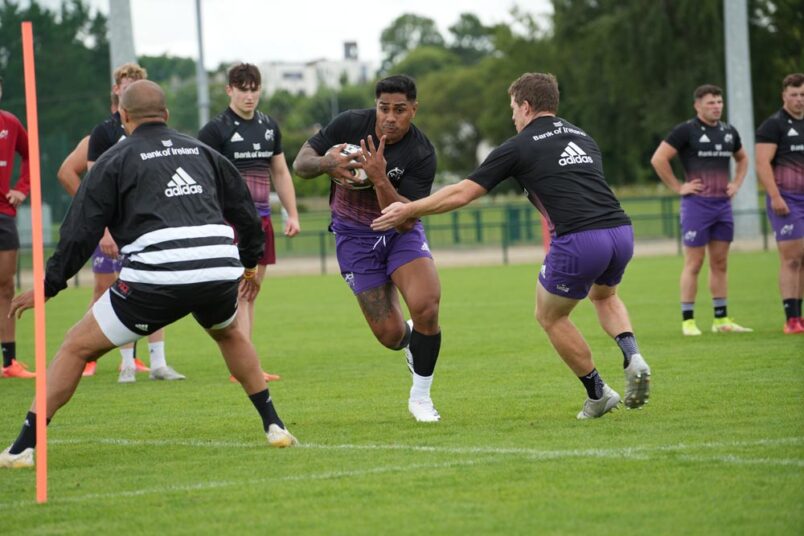 The Munster squad started their pre-season training programme on Monday ahead of the 2022/23 campaign.

Five Academy players have stepped up to the senior squad with full details here.

Three of the new Academy additions are training at the HPC: Evan O’Connell, Jack Oliver and Ruadhan Quinn. See full details of the six players joining the Academy here.

Munster will face Gloucester and London Irish at Musgrave Park in the province’s two pre-season fixtures, scroll down for details and tickets.

There is good news on the injury front as we started the pre-season training programme with RG Snyman (knee) reintegrating to team training.

Antoine Frisch is progressing well after undergoing a shoulder procedure towards the end of last season and will be in line to return in time for our pre-season fixtures.

The Ireland Internationals and Ireland U20s representatives who were in action in New Zealand and Italy respectively will enjoy a rest period for the coming weeks before they make their return to the UL training base.