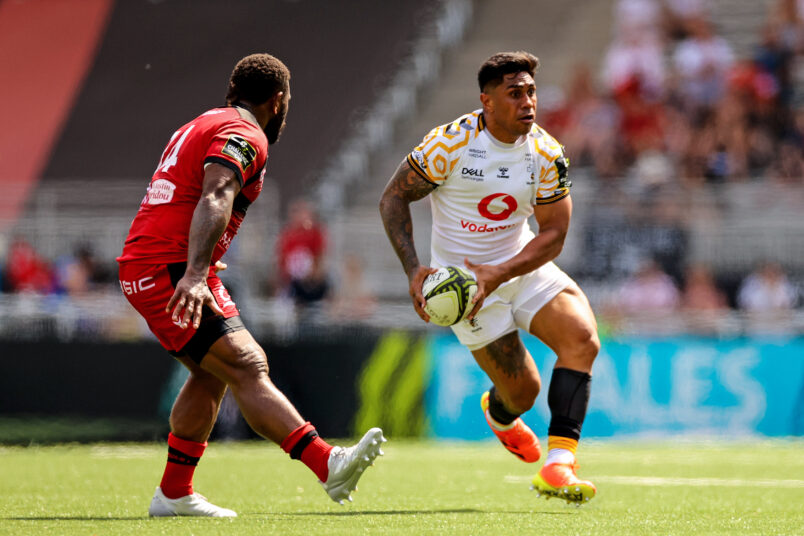 Eight players will be moving to the Munster senior squad this summer with three new signings joining the club as five players are promoted from the Greencore Munster Rugby Academy to senior contracts.

Read player bios for the five players that are being promoted from the Academy here.

See player bios for the three new signings below.

A World Cup winner with the All Blacks in 2015, Malakai Fekitoa can play in either centre position and has signed a two-year contract with Munster.

He made 24 appearances for the All Blacks between 2014 and 2017 and helped the Highlanders to their first-ever Super Rugby title in 2015.

Fekitoa departed the Highlanders for Toulon in 2017 and spent two seasons in France before spending the last three years at Wasps.

He now represents Tonga at international level and played his first game for his native country against Fiji in the Pacific Nations Cup earlier this month.

Centre Antoine Frisch has joined Munster on a three-year contract from the Bristol Bears.

Irish-qualified through his maternal grandmother, he made 13 appearances for the Premiership side last season.

He previously lined out for PRO D2 side Rouen Normandie.

Hooker Chris Moore hails from Trowbridge in England and lined out for the Ireland U18 Clubs team alongside new team-mates Paddy Kelly and Eoin O’Connor in 2018.

A graduate of Beechen Cliff school, Moore has been playing with Exeter University in the BUCS (British Universities & Colleges Sport) league and joins the province on a one-year deal.