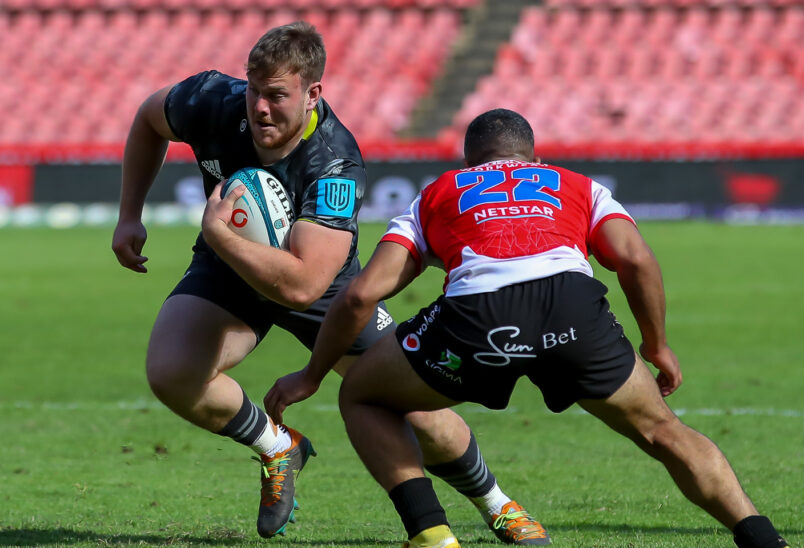 Scott Buckley in action against the Lions in Johannesburg. Inpho

Five players will move up from the Greencore Munster Rugby Academy to the senior squad this summer.

See bios for the five players below and scroll down to see the full list of players who signed contract extensions this season.

Alex Kendellen joined the Academy straight out of school in the summer of 2020 having led PBC to the Pinergy Munster Schools Senior Cup final that year.

He captained the Ireland U18 Schools side in 2019 and made his senior debut for Munster as a first year Academy player against Scarlets in March 2021.

Kendellen captained the Ireland U20s for the 2021 Six Nations and was a standout performer as they finished third, scoring six tries in five appearances.

Named 2022 Academy Player of the Year after an outstanding 2021/22 campaign that saw him feature in 20 of Munster’s 26 games, playing all 100 minutes of Munster’s Champions Cup quarter-final against Toulouse.

Moves up to the senior squad on a two-year contract.

Scott Buckley joined the Greencore Munster Rugby Academy in the summer of 2020 after captaining CBC to the Pinergy Munster Schools Senior Cup in 2019.

He enjoyed a strong campaign with Munster A in the Celtic Cup in 2019/20 and captained the side away to Dragons in August but missed a large chunk of the season due to a hamstring injury.

He continued to line out regularly for Munster A after recovering from the injury and also featured for UCC in the AIL as he continued to develop.

Buckley made his senior debut for Munster in the bonus-point Champions Cup win over Wasps in December 2021. An excellent display saw Scott cross for his first Munster try in a Player of the Match performance.

He ended the 2021/22 campaign with seven appearances to his name and moves up to the senior squad on a two-year contract.

Paddy Patterson initially joined Munster on loan from the Leinster Academy in January 2021 before joining the Munster Academy ahead of the 2021/22 season.

The UCD scrum-half made his debut against Scarlets at Thomond Park in March 2021 but was ruled out for the remainder of that season after sustaining an ankle injury against Benetton later that month.

In total, he has made seven senior appearances for the province and has signed a two-year contract.

Eoin O’Connor is a product of Waterpark RFC and played in the Munster Junior League with the club in the 2018/19 season while a sixth year student.

He joined the Academy in the summer of 2019 and made 14 appearances for Young Munster this season after battling back from a long-term knee injury.

Made his senior debut for Munster in the bonus-point Champions Cup win over Wasps in December 2021.

Paddy Kelly joined the Academy in the summer of 2019 and is a product of St Munchin’s College.

Kelly plays his AIL rugby with Garryowen and has made nine appearances for Munster A.

The below players all signed new contracts during the 2021/22 campaign.