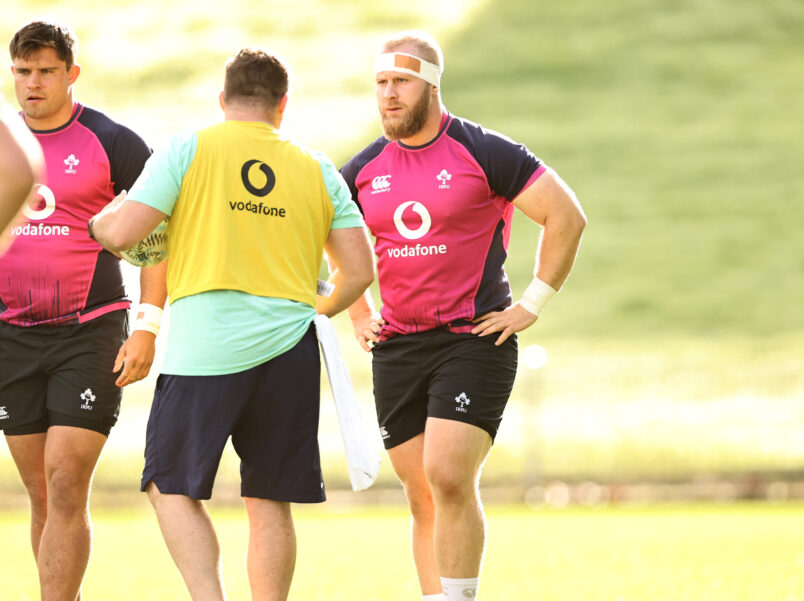 Ireland Head Coach Andy Farrell has announced the Ireland side that will play against the Māori All Blacks in the opening fixture of the Summer Tour of New Zealand.

There are starts for the uncapped Jeremy Loughman, Craig Casey, Gavin Coombes and Keith Earls with Joey Carbery, Conor Murray and Niall Scannell among the replacements.

Bundee Aki will captain the team as the two sides face off for the first time since 2010. Bundee returns to Hamilton, the home of the Chiefs, the team he won a Super Rugby title with in 2013.

The backline features Craig Casey and Ciaran Frawley at half-back, Bundee is joined in the centre by James Hume while the back three sees Jordan Larmour and Keith Earls on the wings with Jimmy O’Brien at fullback.

Jeremy Loughman, Dave Heffernan and Tom Toole make up the front row with Kieran Treadwell and Joe McCarthy at lock. Cian Prendergast, Nick Timoney and Gavin Coombes are named in the backrow.

The game will be broadcast live on Sky Sports and RTÉ Radio.