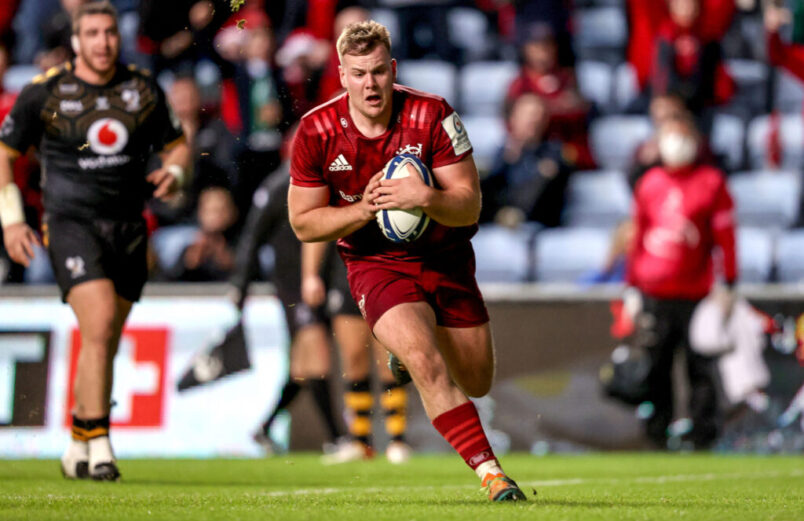 Academy hooker Scott Buckley was a try-scoring Player of the Match on his Munster debut in the Champions Cup. Inpho

The nominees have been announced for the December edition of Munster’s Moment of the Month with three moments in the running.

See details below and vote to be in with the chance of winning Munster v Edinburgh tickets. The URC game takes place at Thomond Park on Friday, February 18

The three moments in the running are…

Vote for your favourite below. The competition closes on Wednesday, January 19.