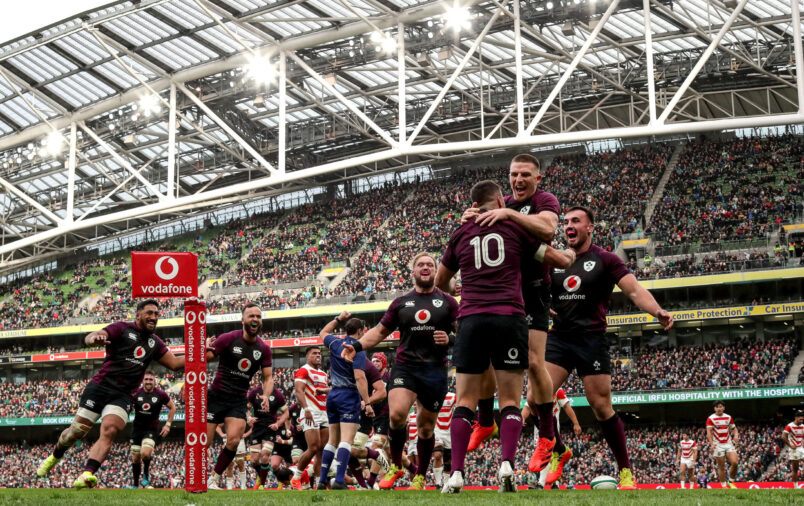 Ireland face the All Blacks on Saturday. Inpho

While captain Johnny Sexton is facing New Zealand for the 14th time in his international career there are four players across the backline that face the All Blacks for the first time including his half-back partner Jamison Gibson Park.

The back three of Hugo Keenan, Andrew Conway and James Lowe will also play New Zealand at senior level for the first time. Bundee Aki and Garry Ringrose are partnered in midfield for the fourteenth occasion.

There is one change to the  pack with Iain Henderson starting alongside James Ryan in the engine room while the front row of Andrew Porter, Ronan Kelleher and Tadgh Furlong is retained.

Similarly the backrow of Caelan Doris at six, Josh van der Flier at 7 and Jack Conan at No.8 continues from last week’s game against Japan.