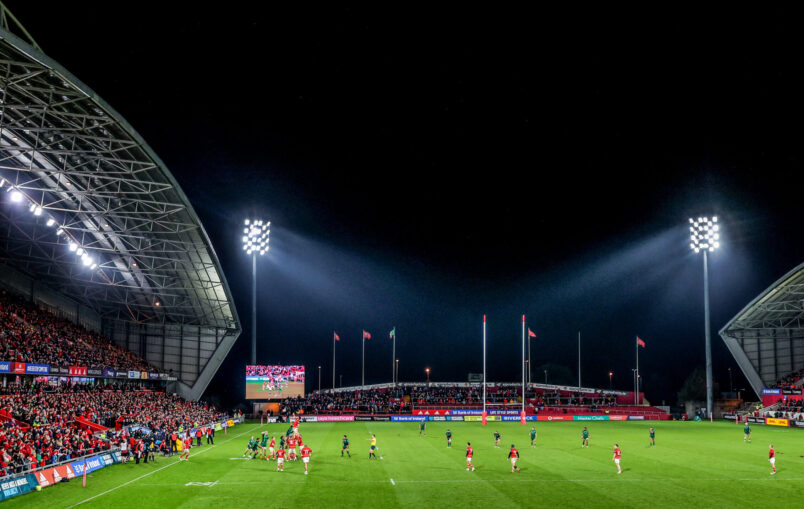 A view of the new lights at Thomond Park. Inpho

A vital stadium upgrade took place at Thomond Park during the off-season as a state-of-the-art LED floodlighting system was installed at the ground.

The new LED lights in place are more environmentally-friendly and are of a higher quality than the previous lighting.

In total, 188 new LED lights were installed and each light can be controlled individually.

The upgrade will improve the matchday experience at Thomond Park with the new lighting system in place also giving us the capability to include a light show on match days.

The project was completed with support from the IRFU and the Sports Capital Grant.

Our thanks to Dronan Media for the below video of the new lights in action.