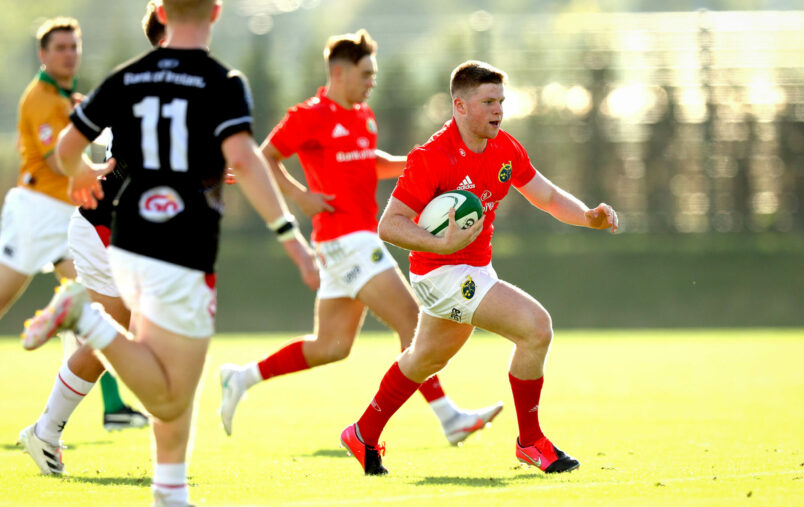 A Munster Development XV will face Leinster at the IRFU HPC in Dublin on Friday at 4pm with Head Coach Ian Costello naming a 27-man squad for the clash.

Patrick Campbell, who scored a hat-trick against Ulster last week, starts at full-back with Seán French and Jamie Shanahan on either flank.

Darragh French, brother of Seán, and Alan Flannery form the centre partnership with Patterson and Crowley in the half-backs.

Donnelly, Buckley and James French pack down in the front row with O’Connor and Kelly in the engine room.

An extended 12-man bench has been named for the game.