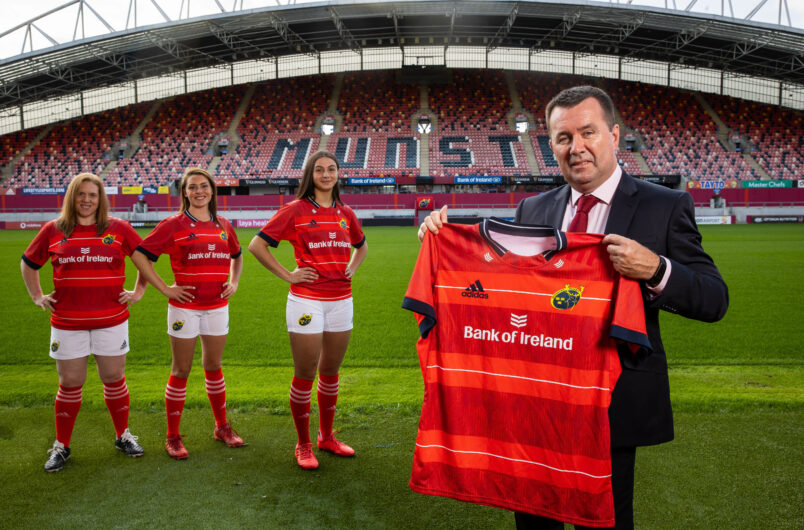 Bank of Ireland have expanded their support of Munster Rugby to include the women’s game until 2023.

Bank of Ireland have expanded their support of Munster Rugby to include the women’s game until 2023.

Munster Rugby and Bank of Ireland have augmented their long association to include primary sponsorship of the Women’s Senior Squad and the women’s game in Munster.

As with their sponsorship of the Men’s Senior Squad, Bank of Ireland will now appear on the front of the Women’s Senior Squad playing jersey, cementing their support of the province across both the men’s and women’s senior teams.

The newly minted association starts with the Vodafone Women’s Interprovincial Championship games over the coming weeks and will continue through the next two seasons.

Speaking at the launch Ian McMorrough, Director – Bank of Ireland Area South said: “Bank of Ireland has been a proud partner of Munster Rugby for over 20 years.

“We are delighted to now have the opportunity to expand our partnership to include the Women’s game. Supporting and encouraging participation in sport by women is part of Bank Of Ireland’s and Munster Rugby’s shared ambition of building engagement and participation across the all our communities through the sport of rugby.”