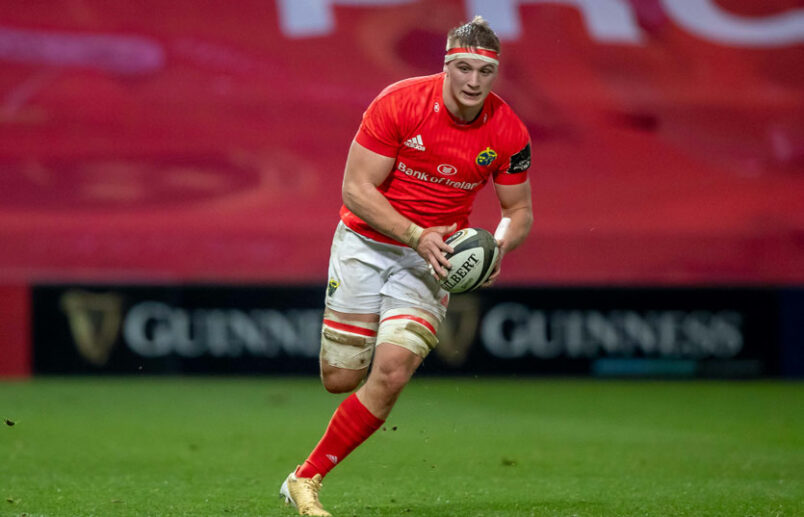 We look back at Gavin Coombes record try haul, 15 tries scored in 22 appearances, the most tries ever scored by a Munster player in a single season.

Coombes’ four-try haul in the final game of the season against Zebre equalled the player record for most tries scored in a Munster game as he shared the honours with Mike Mullins (2001) and Alex Wootton (2017).

Averaging a try every 87 minutes the powerful back-row forward was deservedly named Men’s Player of the Year, becoming the youngest ever winner of the award.

The Skibbereen native capped off an outstanding campaign with his first appearance for Ireland last weekend when coming on against Japan at the Aviva Stadium.