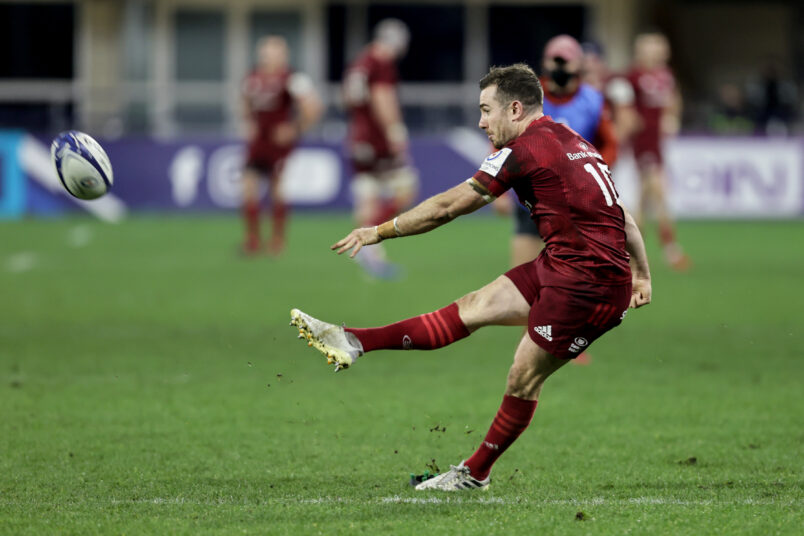 JJ Hanrahan slots over a kick against Clermont in December. Inpho

Watch some of JJ Hanrahan’s highlights over the past four years as the out-half departs Munster for Clermont Auvergne this summer.

In total, Hanrahan scored 743 points in 142 Munster appearances over two spells and seven seasons at the province having come through the Academy.

JJ has been a central figure in Johann van Grann’s squad since returning in 2017 after a two-year spell with Northampton Saints.

Ahead of his departure, Hanrahan said: “It has been an incredible 8 years at Munster Rugby, representing this team has been a dream come true for me.

“This young kid from Currow in Co.Kerry had a dream to play for Munster, just once, and it’s been incredible to get 142 caps.

“Every time you put on the Munster jersey you are representing more than just yourself and I’ve loved representing my family, friends, the people of Kerry and all the Munster fans, at every opportunity I got in the red jersey.”