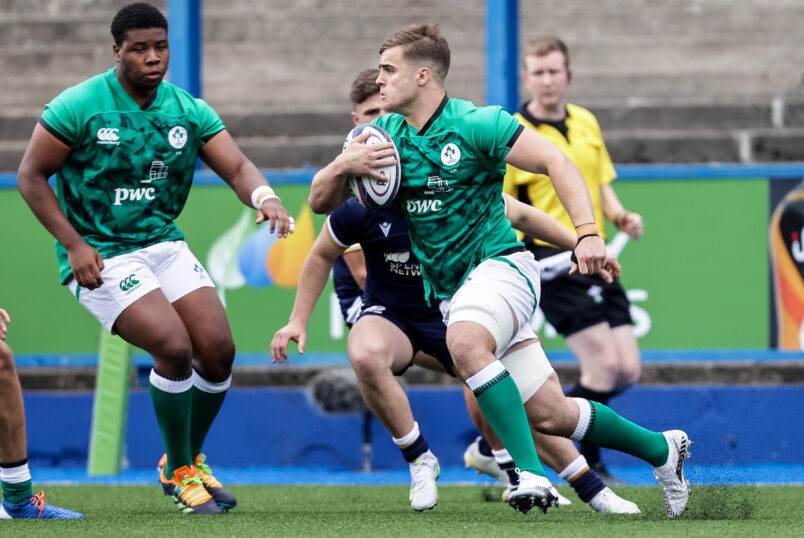 It has been a great season for the Greencore Munster Rugby Academy with the majority of the players now taking some well-deserved down time.

One exception is back-row forward Alex Kendellen, who is the captain of the Ireland U20s for their Six Nations campaign.

10 Greencore Munster Rugby Academy players featured for the senior Munster side this season.

Out-half Ben Healy was named Academy Player of the Year having featured in 17 of Munster’s 25 games, scoring 87 points.

In total, there have been 47 senior appearances for Academy players this year.

“Alex is an outstanding individual and we’ve known about him for a long time. He’s come through PBC and this leadership position with the U20s will help him as well, it’s all part of the growing process and we’re delighted he’s captaining the side.

“We’re delighted that Jack Kelleher, Daniel Okeke and Mark Donnelly were selected as well and Cian Whooley was very unlucky to get injured and miss out on the squad.

“It’s a big shop window and we’ll be looking at that intently to see how the Munster boys perform and it’s a great opportunity for them.

“We’ve got a number of boys on standby too and things can turn around quite quickly. They will need to be ready to go and they’ll be working away to make sure they are ready if the opportunity comes.”

A positive season for the Academy group…

“It’s been great this year with the integration between the seniors and the Academy from a training point of view.

“It’s brilliant that nine players are graduating from the Academy to the senior squad and there were debuts this year for seven of the lads.

“We’re really pleased that nine of the Academy players have pushed on to the seniors and it’s great for them.

“Each individual has done really well and we hope they continue to push on next year.”

“It’s been a unique time with so many of the underage players not getting the chance to play any matches for well over a year.

“We will be taking our time with the players coming in and making sure we see them in action as much as possible.

“The summer programme for the age-groups, we’ll use the opportunity there to have a look at them and from there hopefully club rugby will be back.

“We’ll be keeping our eyes on these players as often as possible. I’d imagine there will be two or three entry points where players can come in so we’ll take our time with these players because we need to be fair to them.”