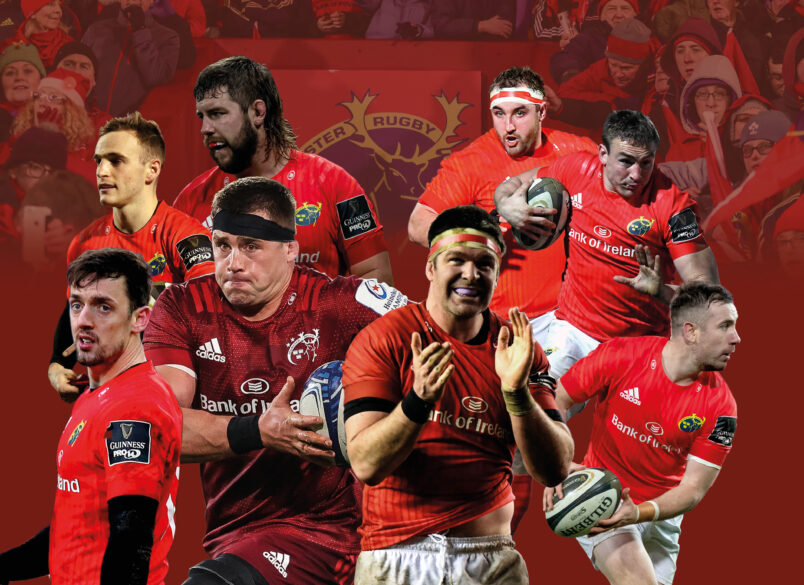 The 2020/21 Munster Rugby squad gathered at the HPC on Monday for the final time this season with farewells and presentations made to the departing players.

The 2020/21 Munster Rugby squad gathered at the HPC on Monday for the final time this season with farewells and presentations made to the departing players.

Tomorrow (Thursday) marks exactly one year since the squad underwent their first round of PCR testing before starting their pre-season training programme.

10 Munster players will join up with the Ireland squad for the Vodafone Summer Series fixtures against Japan and USA.

Tadhg Beirne and Conor Murray are training with the British & Irish Lions squad in Jersey ahead of their tour to South Africa in July/August.

RG Snyman and Damian de Allende continue to be treated for burns sustained in an accident over a week ago.

They are scheduled to meet with the specialist again early next week, and will link up with the South Africa squad once cleared to travel.

On the injury front, Neil Cronin is continuing to rehab his knee injury.

The Munster squad for the 2021/22 campaign will begin their pre-season training programme at the end of July.

Munster will be playing in the United Rugby Championship next season. See full details here.