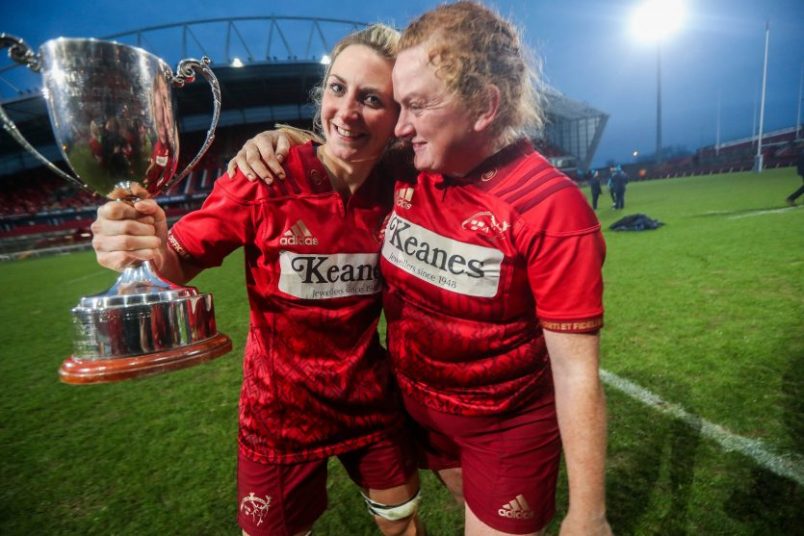 The Munster Women's team won the Interpro title in December

Moment 1 – Munster Women win Interpro title
The Munster Women’s team, sponsored by Keanes jewellers, won back their Interprovincial title thanks to an 11-5 victory over Leinster in the Championship decider at Thomond Park last month.

The boot of scrum-half Ellen Murphy and a Gillian Bourke try secured the victory and the title on points difference as Head Coach Laura Guest led the side to silverware in her first season in charge.

Despite losing their opening game to Connacht, Munster roared back with a bonus point win over Ulster before overcoming Leinster in the decider.

Moment 2 – Simon Zebo try/dance
A brilliant chip over the top bounced up perfectly for Simon Zebo to score a vital try for Munster in the bonus-point win over Leicester Tigers at Thomond Park.

The Corkman celebrated in style with a shoulder shuffle for the supporters with Zebo revealing the reason for the dance afterwards. “I was dancing with my kids all week so I told my son if I scored a try then I was going to do a dance.”

A 67th minute turnover led to what was a truly incredible score for the Cork club.