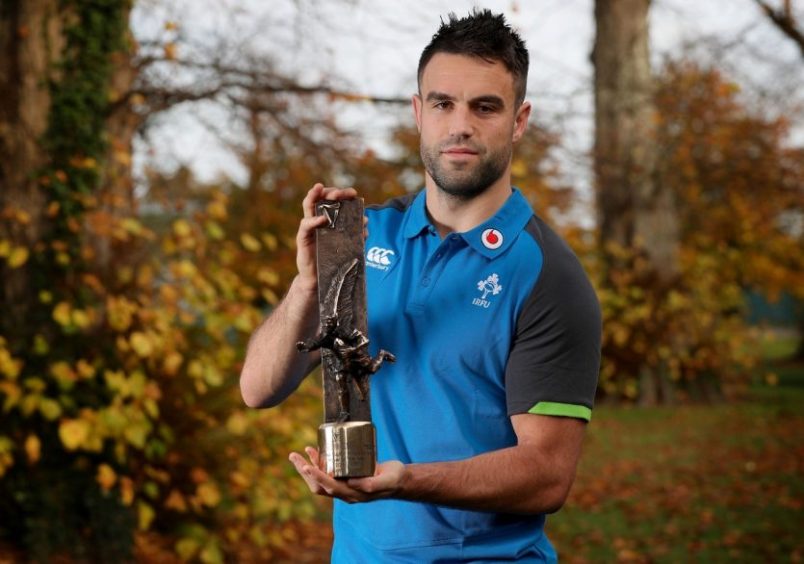 Murray, the only player in the Northern Hemisphere to have scored four tries against the All Blacks in Test matches, will be honoured at the gala awards this evening, hosted by Gavin Krenski and Rory Sheridan of Guinness, and Chairman of the Rugby Writers of Ireland, Gerry Thornley.

Murray was delighted to receive the accolade, which was voted for by the Irish rugby media.

Murray said: “It’s an honour to win this award and it’s always nice to be recognised for your efforts but I have to give huge credit to the teams that I am lucky to be involved with.

“I am fortunate to have experienced some great days with my province and Ireland, and this summer with the Lions, and I look forward to many more.”

Munster Rugby have been named The Dave Guiney Team of the Year having showed remarkable resilience, and determination following the huge loss of Anthony Foley, to reach a Champions Cup semi-final and a Guinness PRO12 final under leadership from Rassie Erasmus and his team.

Munster now have the distinction of having played the most Champions Cup games – 160 –  in Europe, and hold the record for the most consecutive wins at 13 in the 22 years of the competition.

The Munster accolades continue with Cork Constitution named Club of the Year marking an incredible season with no fewer than four trophies added to their collection of silverware: their first Ulster Bank League Division 1A win since 2010, a fifth successive Bateman Cup title, a fifth successive Munster Senior Cup, and the Cork Charity Cup.

Club of the Year: Cork Constitution