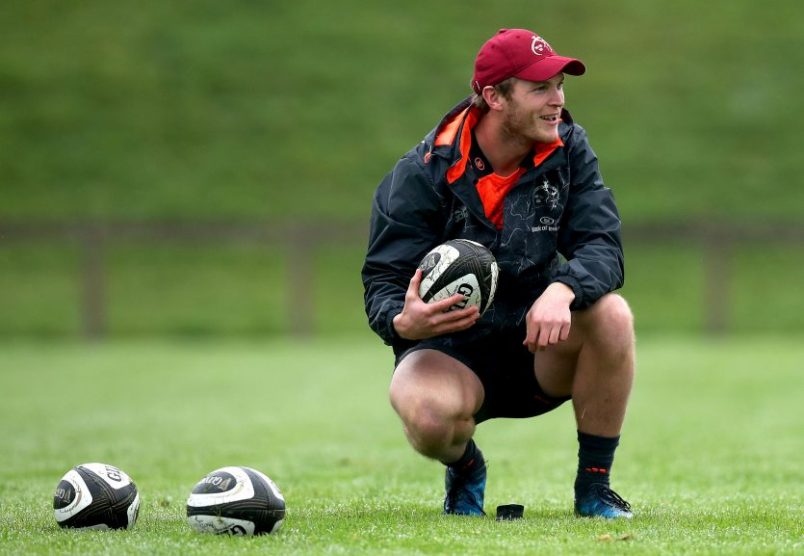 As the squad gathered in UL today in preparing for Dragons on Friday in Cork there were no fresh injury concerns to report following the round 7 defeat to Connacht at the Sportsground.

As the squad gathered in UL today in preparing for Dragons on Friday in Cork there were no fresh injury concerns to report following the round 7 defeat to Connacht at the Sportsground.

On a further positive a number of players are progressing well on the rehabilitation front with Tyler Bleyendaal (neck) taking part in limited training this week, while Gerbrandt Grobler (ankle), Ronan O’Mahony (fibula) and Conor Oliver (shoulder) have all advanced to on-pitch rehabilitation sessions.

With 11 of the squad attending Ireland camp in Carton House, Rassie Erasmus confirmed that Simon Zebo, who scored the opening try at the weekend, and newcomer Chris Cloete will be involved in Friday night’s encounter at Irish Independent Park.

Club representation at the weekend saw Dave Johnston, Bill Johnston, Sam Arnold and Alex Wootton line out for Garryowen with Dave crossing for a brace in the 27-20 victory at Dooradoyle, while  Stephen Fitzgerald, Duncan Casey and Ciaran Parker all featured for Shannon in their 27-22 win over UL Bohs at Thomond Park.

In Division 1A Robin Copeland started for Young Munster, joining the academy’s Fineen Wycherley in the second row, as the duo got one over a Cork Con side that included Darren O’Shea in Temple Hill.

Munster face Dragons in round 8 of the Guinness PRO14 on Friday night in Irish Independent Park at 7.35pm.

Please note this game will not be televised.