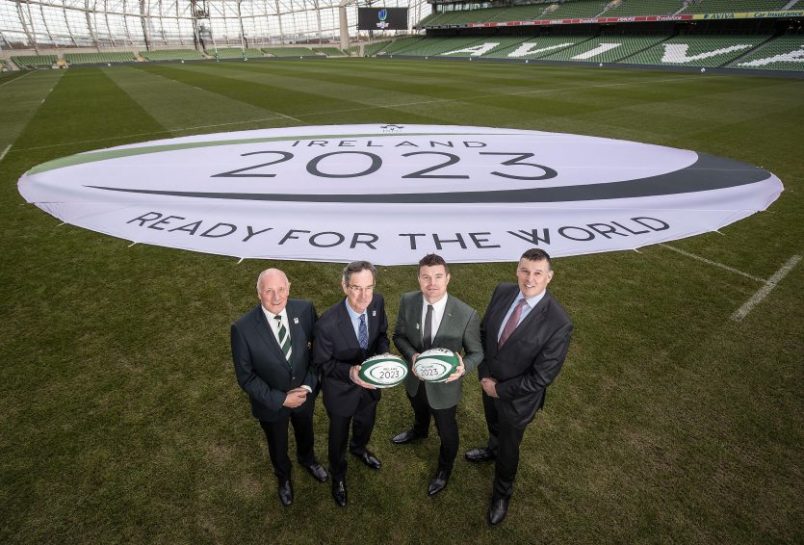 The Ireland 2023 Bid Team, which developed and submitted Ireland’s bid to host the 2023 Rugby World Cup, has vowed to compete to the final minute in its quest to secure the Rugby World Cup for Ireland in 2023.

This follows the announcement today, from the Board of Rugby World Cup Limited (RWCL) that South Africa has received the initial recommendation to host the tournament, based on the results of the scoring system employed.

Ireland’s bid, led by The Irish Rugby Football Union with the full support of the Irish Government and the Northern Ireland Executive, scored highly across all areas.

Commenting on the announcement Dick Spring, Chairman, Ireland 2023 Bid Oversight Board, said: “While It is disappointing not to have received the initial recommendation from Rugby World Cup Board Limited, there is nothing in the report which is insurmountable and this is certainly not the end of the road. We absolutely believe Ireland can secure the tournament for 2023.

“On a first reading of the report, It is clear that the Evaluation Commission is impressed by the quality and detail of the bid put forward on behalf of Ireland. It is also clear from the report that Ireland has all the capabilities to host an outstanding Rugby World Cup in 2023 stating as it does …’any of the three candidates could host a successful Rugby World Cup’.

“Ultimately, the decision rests with the Council Members of World Rugby, who are elected by Rugby Unions from across the globe. These are individuals and unions who have reacted positively to our message and vision for the tournament, as we criss-crossed the globe over the past two years.

“We will again, in the coming weeks, renew our vision to the Council Members – A commercially successful rugby tournament based on rugby’s values of integrity and camaraderie, played in full stadia in the hearts of towns and cities.

“Ireland’s proposition in this regard is compelling, and so our team will compete to the final whistle as we bid to turn our historic bid plans into reality. We still have confidence that the Council members, who vote on November 15th, will place their trust in Ireland to deliver an outstanding 2023 Rugby World Cup.”