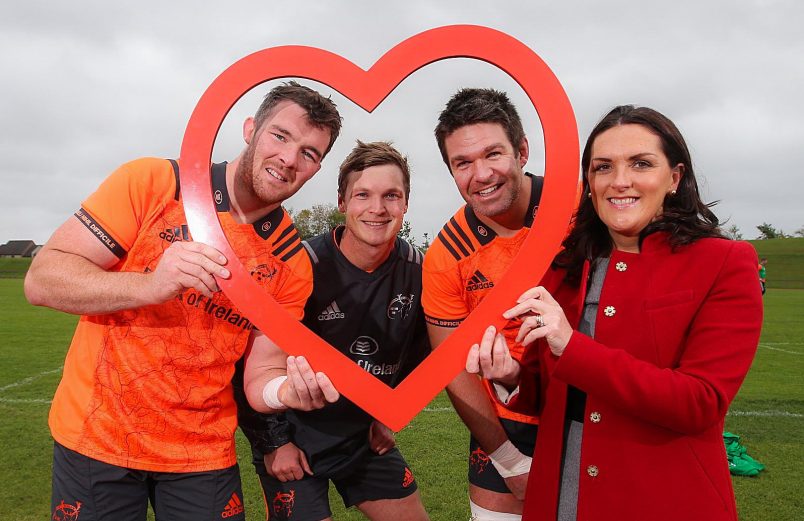 Olive Foley, wife of the late Anthony Foley, has joined Munster Rugby and Irish Heart Foundation in launching a new charity of the year partnership for 2017/2018 that will drive CPR awareness across the province in memory of her husband.

Olive Foley, wife of the late Anthony Foley, has joined Munster Rugby and Irish Heart Foundation in launching a new charity of the year partnership for 2017/2018 that will drive CPR awareness across the province in memory of her husband.

The partnership is a significant collaboration in memory of the former Head Coach who died suddenly almost a year ago.

In raising awareness for the work that is carried out by the Irish Heart Foundation and highlighting the importance of CPR training, it is envisaged more lives can be saved from sudden cardiac death. This announcement also comes ahead of European ‘Restart A Heart Day’.

Together, Munster Rugby and the Irish Heart Foundation have teamed up to rally the public behind the prevention of sudden cardiac death which claims 5,000 lives in Ireland every year. The incredible support of Olive Foley and family, and the Munster Rugby partnership, is a vital first step to make the public aware of their power to save more lives through lifesaving CPR.

Said Olive Foley: “The Irish Heart Foundation does incredible work and it’s only right that we would give our full support to this initiative.  This will hopefully help save lives and if it’s only one it will be more than worth every effort made.  It’s an initiative that I know Anthony would really appreciate.”

The partnership begins with the Champions Cup game against Racing 92 in Thomond Park on Saturday October 21st.  Thanks to title sponsor Bank of Ireland, a proud partner of Munster Rugby and Irish Heart Foundation, the province will have the Irish Heart Foundation’s logo on the front of the players’ jerseys for the European encounter as a mark of their support in the fight against sudden cardiac death.

Working closely with the Irish Heart Foundation the province will provide support for a number of initiatives throughout the season including the designated “Charity Match” on 26th December. Additionally, CPR training will roll-out across six rugby clubs across the province and Munster players and staff will also undertake training in lifesaving CPR skills to spread the vital CPR message.

Cardiac arrest kills more people in Ireland than some of the most serious diseases such as breast cancer, lung cancer and respiratory disease, according to the Irish Heart Foundation. The sudden and often fatal condition currently claims an estimated 13 lives daily in Ireland affecting all ages including babies, children and young people.

Irish Heart Foundation’s Basic Life Support expert Brigid Sinnott said: “Partnering with Munster Rugby is an incredible opportunity to raise awareness of sudden cardiac arrest in Ireland which affects so many families every year. An estimated 5,000 people die here annually when their heart suddenly stops beating and often these incidents occur without warning. Together with Munster Rugby, our goal is to help more people understand the need to learn CPR because it could save someone you love.”

Munster A Side Named For Ospreys 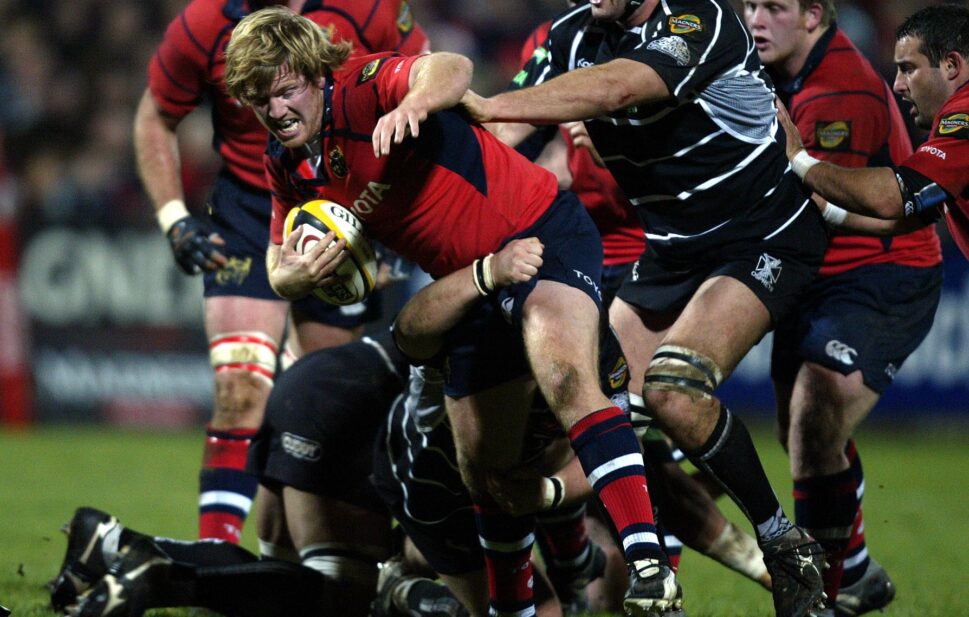 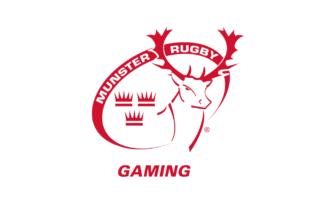