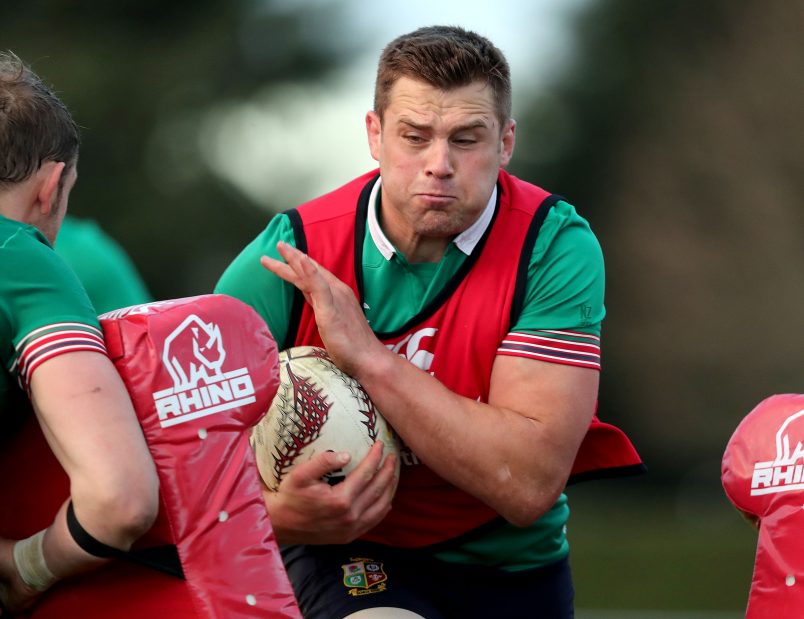 Munster’s CJ Stander will start at number 8 for the British and Irish Lions against The Chiefs in what will be their final warm up game ahead of this weekend’s opening Test with the All Blacks.

With two starts, one appearance off the bench and a try – against The Blues – Stander has impressed with each opportunity, but tomorrow morning the back row powerhouse will look to up the ante again and stake a claim for selection in the first Test on Saturday.

Yet, be they Tests of or midweek encounters, Stander feels a deep sense of pride and honour each time he dons the red jersey and is hungry for action whatever the opposition.

“I would play four or five games in seven days just to get another cap and another opportunity. This is the chance of a lifetime and anyone out of this group would put his hand up to play all ten games if you asked him to! It is just an honour to pull on this jersey.  There is no disappointment, I am sitting there with anxiety to hear my name read out, at any number.  You sit there and wait and when you hear your name, I still get that heartbeat, that rush when I am selected for any team.

“There is probably still a chance to get onto the bench [for the first Test], but it is still a long Tour with four games after this one and in 2013 there were nine changes to the Test team over the series, so there is still a chance.  I just need to make sure I work hard and if there is a doubt then I can get in, but it is all about the team.

“Midweek, Test week, we are still putting on a jersey and you want to make your families proud, and the boys proud around you and you want to play well so that the boys that get the Test jersey, you are pushing them. If that is my job, then happy days.”

The 27-year-old’s Irish counterpart Rory Best will captain the side with Jared Payne, Robbie Henshaw and Iain Henderson completing the Irish representation.

Stander and the Lions go in search of the tour’s first midweek win tomorrow morning.

“I have started two games that we have lost so a big driver is to go out and get a win, and also to keep on pushing on and put your hand up for selection for the Test team.  There is still a chance, a lot of the boys played well on Saturday, we all know it and are realistic with ourselves so we need to take every chance we get.

“The big thing for us is to go out and make sure we win this one, a lot of the midweek boys have only lost so far.  We didn’t use our chances, especially against the Highlanders we should have finished off the game but we let them back in.”

Strong Championship Finish For Ireland U20