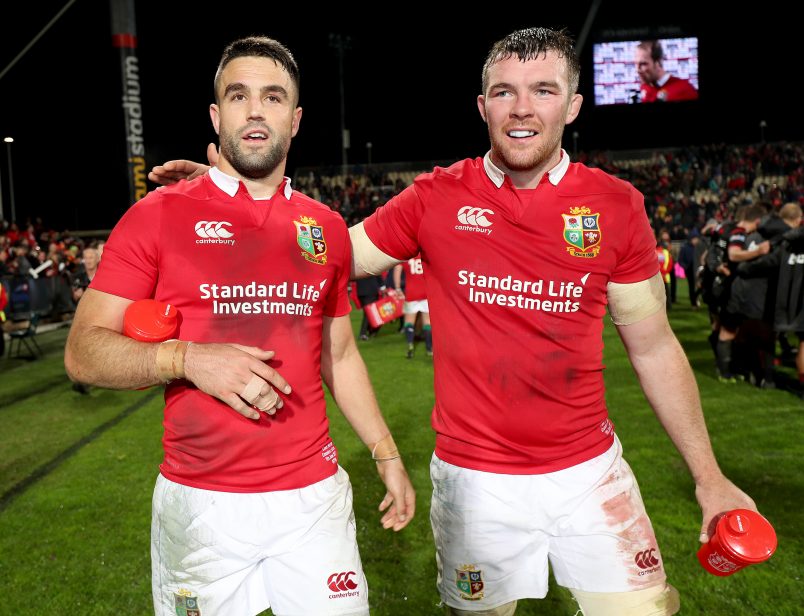 A further two Munster players have enjoyed success over the Maori All Blacks this season, following today’s triumph for the British and Irish Lions in Rotorua.

On his first Tour with the Lions, Peter O’Mahony became the first Munster-man to captain the side in New Zealand and there may be calls for him to do so again as, under his stewardship, they recorded a comprehensive 32-10 win.

It was also nice for the Munster skipper that his Dad arrived just in time to witness the spectacle.  “It’s a huge day for me personally and an incredible honour to captain the Lions against a good side like the Maoris and to come out with a huge win, I’m proud of the boys,” he continued.

“Dad arrived yesterday so it was good timing. To come out with a win like that is a huge credit to the lads. We built that win on our set-piece – both scrum and line-out were good today. We played the weather conditions tactically well, we still have plenty to do but it was good timing to get a win.”

“For me the pack did really well. They put us on the front foot. The set piece was really good. Some of our mauling was massive and gave us opportunities to run.

“Johnny with the likes of Ben (Teo) outside him, they’re running really good lines and strong ball carriers. They put us on the front foot and make things easier. I was happy with how I went and Johnny went well but you have to look at the players around. They help you control a game like that.

“There are definitely massive positives from tonight. The first test is a week away so it’s exciting. It’s good that we got a win and a performance to lead into that.

“Things are going well right now but you see the All Blacks the other night – this is a massive test. We have to kick on again.”

With international duty denying them both the chance to play against the Maoris in November, Murray and O’Mahony now follow in the footsteps of their Munster colleagues in defeating the New Zealanders this season.

After the game, O’Mahony was presented with the traditional Taiaha.