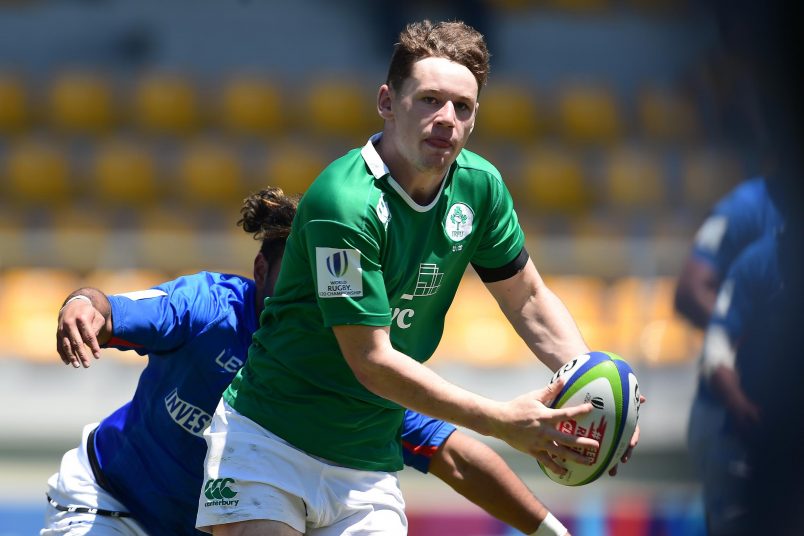 Head Coach Peter Malone has named his Ireland U20s side to face Georgia tomorrow in their final game of the World Rugby U20 Championship.

Ireland face the hosts in the 9th place play-off at the Mikheil Meskhi Stadium in Tbilisi at 10am (Irish) with a total of six Munster players starting and another three included on the bench.

Fineen Wycherley and John Foley are named in the second and back row respectively, Jack Stafford gets the nod at 9, Dave McCarthy takes charge at inside centre with winger Calvin Nash and fullback Alan Tynan also set to start.

Ahead of the game, Malone said, “It’s been a tough tournament for us with injuries taking its toll, but the players have all rallied together and it was a good result last time out against Samoa, so we’ll look to carry the positives from that game into the match tomorrow.

“The Georgians are going to be big and powerful, so the players know that they’re going to have to front up and be ready for that battle.

“There’s set to be a good crowd at the Mikheil Meskhi Stadium tomorrow, and Georgian fans are a passionate bunch, so it should make for a great atmosphere and hopefully a great match.”

The match will be broadcast live by Eir Sport.