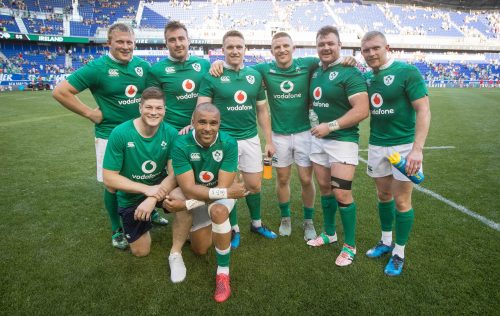 All eight Munster representatives on the Summer Tour to the USA and Japan. ©INPHO/Ryan Byrne

Following their respective debuts against England and the USA, Andrew Conway and Rory Scannell make their first starts in a green jersey with Simon Zebo and Keith Earls also named in the Irish backline.

Up front, Niall Scannell and John Ryan are named in the front row.

A debutant against Canada in November, Jack O’Donoghue will hope to win his second cap off the bench where he is joined by Dave Kilcoyne.

Last weekend’s win in New Jersey saw the Scannell duo create history, becoming the first Munster brothers to wear Irish jerseys together on the test arena in the professional era.