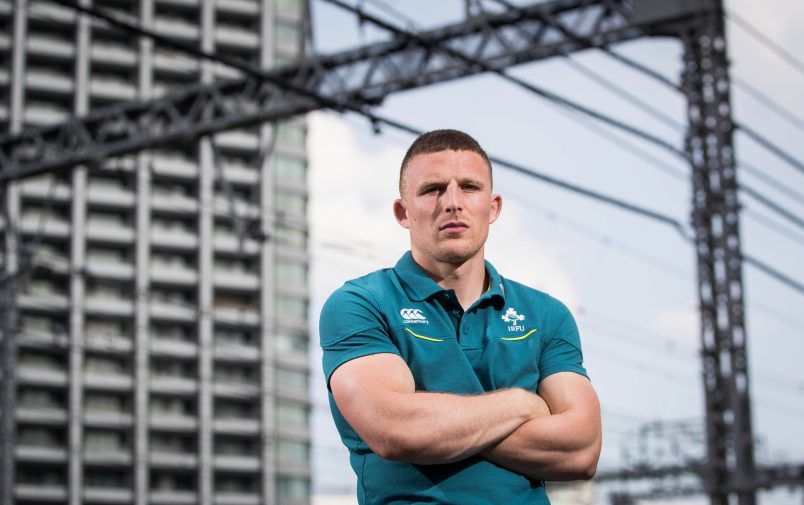 A key component of both the Irish and Japanese game plan in recent seasons, Munster winger Andrew Conway cites the kick chase as a key battle in Saturday morning’s clash with Japan at 6am (Irish).

In what will be just his second time donning the hallowed green jersey, Conway will be no stranger to the aerial battle, having used it to great effect with Munster all season, alongside his back-three counterparts Keith Earls, Simon Zebo, Ronan O’Mahony and Darren Sweetnam.

“Kicking is a big part of the game these days and Japan are very good at it.  They kick from 9 and 10 and their scrum half is especially good at it, playing for the Highlanders.

“We pride ourselves on being quite good at it also and this weekend will be no different – the chase is always very committed from both wingers, it’s something that will be incredibly competitive and the back-three are all looking forward to it.”

It’s not often that Ireland play Japan, a side on the up and up and building towards Rugby World Cup 2019 where they will be the host nation, sharing Pool A with Ireland.  There remains an element of the unknown for both sides this weekend with the Irish preparations adapting accordingly.

“I don’t think many guys have had the opportunity to play Japan before, maybe a few in ’05.  It’s completely different from what we’re used to, a different culture.

“Preparation changes depending on a team’s strengths and weaknesses.  It’s like anything, no game of rugby is the exact same, even in the 6 Nations or Champions Cup you are playing different teams or countries each week that play a different brand.  It’s about adapting to that brand but also staying true to what make us tic and puts us in the position to compete.

“We’re extremely respectful of Japan, how good they are, and across the park they are extremely competitive.  For me looking at their wingers, they mightn’t be the biggest men in the world but they are so committed to everything that they do – in contact, in the kick chase and in capitalising on loose ball.”

25 degree conditions are forecast for Saturday, and while that might be balmier than the searing 30-plus temperatures of New Jersey, it’s the energy-sapping 69% humidity that could prove crucial in Fukuroi.

“It is tough and it’s not really something that we play in throughout the year, but it’s another challenge that you have to accept and make the most of.  The guys who played last week, that will stand to them, but for some of us who didn’t play, we have been training in the heat.”

“But it’s something we look forward to because you have to play against the conditions all the time, whether it’s hot, raining or windy.”

Conway is one of eight Munster players named in the side to face Japan.