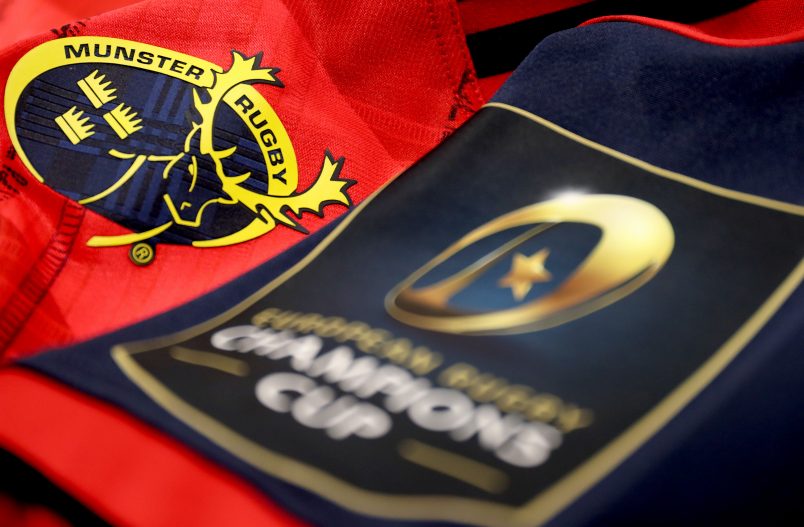 Today’s Pool Draw explained where Munster will learn their opposition for the 2017/18 Champions Cup pool stages.

Taking place in Neuchâtel, Switzerland at 1.20pm (Irish), the draw can be watched live here:

In total, 20 clubs from across the Premiership, Guinness PRO12 and Top 14 will compete in the 2017/18 Champions Cup, doing so in five pools of four.

Clubs are divided into four tiers based on their status as championship winners and/or qualification positions in their respective league tables.

Despite Munster finishing out the regular season as table toppers in the Guinness PRO12, Scarlets’ victory in the Final sees them enter Tier 1 automatically alongside Premiership winners Exeter Chiefs and Top 14 champions Clermont Auvergne.  With five places available in Tier 1, Munster will enter a draw alongside Wasps and Toulon (English and French runners up) for the remaining two spots.

Once tiers are completed, the main draw for the five pools will be made, during which, some clubs may need to be placed directly into a pool in order to ensure that key principles apply.

Tier 3 will include the two clubs ranked fourth which are not in Tier 2 as well as the three fifth-ranked clubs from each league – Bath Rugby, Montpellier and Ulster Rugby.

Tier 4 is complete and contains the sixth-ranked clubs from each league – Harlequins, Glasgow Warriors and Castres Olympique – as well as Benetton Rugby and the winner of the Champions Cup play-offs, Northampton Saints.

Stade Francais Paris, Newcastle Falcons and the Cardiff Blues are confirmed among the Tier 1 clubs for the Challenge Cup draw which will be conducted on similar lines with four tiers and five pools (see attached).

In Tier 4, Toulouse, Oyonnax and Agen will be drawn into pools which contain one other Top 14 club.