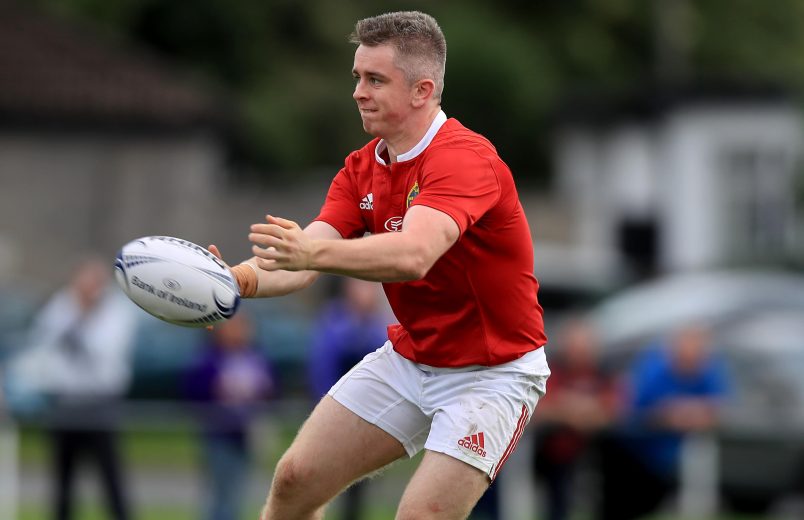 It will be another proud sporting day for Skibbereen as both Dave McCarthy and Liam Coombes make their debut for the Ireland U20s, as the side look to raise their game ahead of facing New Zealand on Thursday afternoon.

Peter Malone’s outfit have had a tough start to the tournament, losing their first two games by tight margins against Italy and Scotland, and while qualification is now out of the question, there is always plenty to play for when a team comes up against New Zealand.

Munstermen make up half of the pack, as John Foley comes in for his second cap at flanker, Joey Conway and Adam Moloney partner in the front-row, and Liam’s cousin Gavin continues his run in the side at second-row.

Meanwhile Fineen Wycherley and Jack Stafford both begin the game on the bench.

“It’s been a difficult opening to the tournament for the team, but we have a young side and while everyone is disappointed that the results haven’t gone our way so far, the players will have gained a lot from those two games” said coach Malone, hoping his side can pull off a big win on Thursday.

“There’s more players gaining their first U20s caps tomorrow so it gives them the opportunity to show what they can do in an Ireland jersey. New Zealand have looked impressive in their opening games against Scotland and Italy so we will need to take the learnings from our opening games and be ready for a huge test tomorrow.”

The match will be broadcast live by Eir Sport, and it will be available to watch via www.worldrugby.org in certain countries.