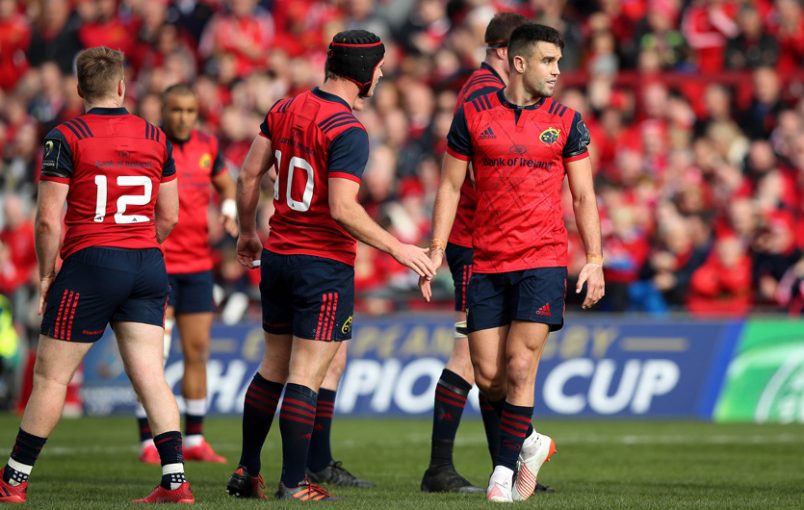 Tyler Bleyendaal and Conor Murray have excelled at half back for Munster in Europe this season. ©INPHO/Ryan Byrne

Voting is now open for the EPCR European Player of the Year 2017 with Munster’s Tyler Bleyendaal, Conor Murray and CJ Stander three of fifteen players in the running for the prestigious accolade.

You have until April 21 to cast your vote and following the semi finals on April 22/23 the list will be whittled down to the top five candidates, with the winner announced as a combination of the fans’ vote and the choice of a distinguished panel of rugby experts. The winner will be revealed at the European finals in Edinburgh in May.

The New Zealander has firmly announced himself as one of Europe’s top playmakers this season.  With a cool temperament and great time on the ball, the 26 year old has been pivotal to Munster’s hugely successful Champions Cup campaign to date.  Off the tee and out of hand, Bleyendaal’s kicking and control has been close to exemplary while his ability to marshal backs and forwards around the field has facilitated excellent team performances from the men in red.

The only scrum half to secure a nomination, the Garryowen man has shown no signs of letting up since arguably the greatest ever performance by an Irish scrum half in Ireland’s first ever win over the All Blacks.  Carrying that form into the red jersey, Murray’s quick service, kicking game and trademark sniping has the ability to keep defences guessing, his no look pass for Simon Zebo’s try against Leicester at Thomond Park a glimpse of what he’s brought to Munster’s campaign so far.

With more carries than any other player in the Champion Cups to date – a stat he can also boast from this year’s 6 Nations – the back row powerhouse has gained no less than 264 metres for the province, while a colossal defensive effort has seen Stander complete an immense 49 tackles.  Prior to an injury enforced exit against Toulouse on 66 minutes, Stander was the only player to have played every minute of the competition.

Click here to view the full shortlist and cast your vote.

In Pics: Gearing Up For Glasgow