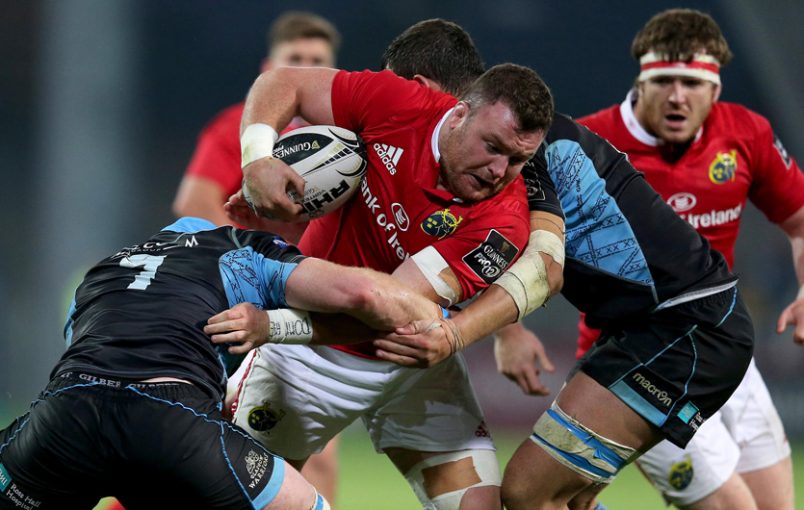 Following the weekend’s heroics in Thomond Park, Munster play their final Cork game of the season this Saturday when they welcome 2015 champions Glasgow Warriors to Irish Independent Park for round 19 of the Guinness PRO12.

Expect nothing short of an epic battle as two sides laden with internationals chase vital points with just four rounds left to play. Second placed Munster are looking to consolidate a home semi-final spot with Ospreys and Ulster hot on their heels, while, following their Champions Cup exit against Saracens on Sunday, Warriors will throw everything at this game in a late charge for the Championship’s top 4.

Be there to cheer on Munster on leeside this weekend.

Purchase tickets online here, from the Munster Rugby Ticket Offices at Irish Independent Park and Thomond Park, or by calling 061 421103.