In Pics: Gearing Up For Glasgow 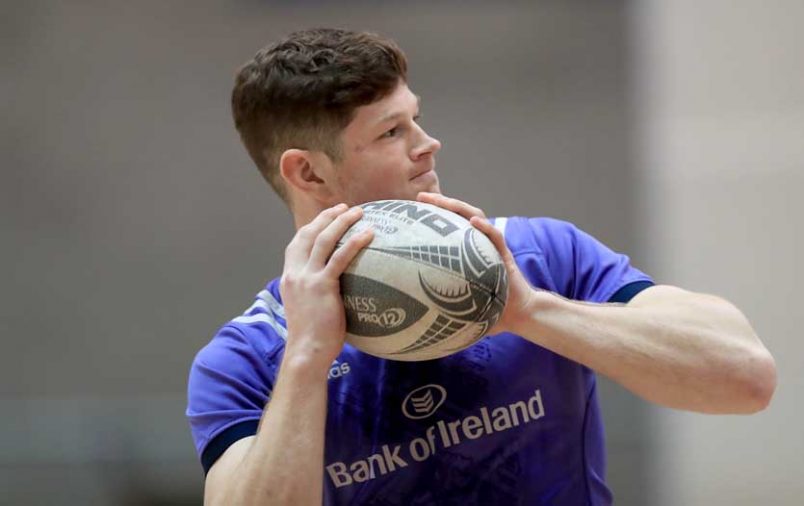 It’s back to PRO12 action this week and Munster began preparations for the visit of Glasgow Warriors to Cork with an indoor session at the UL Arena yesterday.  Take a look at our latest training shots and get the pre-match thoughts of Jack O’Donoghue.

Although buoyed by the weekend’s Champions Cup win over Toulouse, Munster back row Jack O’Donoghue knows the size of Munster’s challenge this Saturday night.  The 2015 champions and semi-finalists last season, Glasgow Warriors, boast one of the best squads and brands of rugby in the Championship and will not, under any circumstance, want to make it four losses on the bounce to Munster this season.

“Toulouse was an unbelievable performance by the team, the support was incredible and the atmosphere was electric.  That all adds to the excitement and it was one to remember.

“It was nice to see Ronan O’Gara in the dressing room after.  I never got the chance to play or train with him and for someone like that, who wore his heart on his sleeve and played in all these big games, to come up and congratulate you was special.

“On a personal level it was one of the biggest games that I have been involved in but there’s more to come and that sense of excitement feeds into this week and the week after.

“This will be our fourth time meeting Glasgow season so we probably know each other inside out.   They are coming looking for revenge and will be hurting after last weekend.  We’ve come out on top all three times so far this season, but only by the skin of our teeth in the last two.

“They always bring a huge level of physicality so we have to match them and try to go one step further – maul them, scrum them – the things that we do well like you saw against a big French side at the weekend.  We just have to stick to our game plan.”

Munster pay their final PRO12 visit of the season to Irish Independent Park on Saturday, a ground where O’Donoghue bagged his first Munster try, against Cardiff Blues in February 2015.

“I love playing in Cork, there’s always an unbelievable atmosphere, the crowd are right up on the pitch and they sometimes give the referee a little ‘gentle’ encouragement.  It’s going to be a massive game this weekend.

“We can’t afford to be slipping up at this stage of the season, there’s nothing between the top 4 teams and we want to be in contention for another trophy come May.”

Purchase tickets online here, from the Munster Rugby Ticket Offices at Irish Independent Park and Thomond Park, or by calling 061 421103.