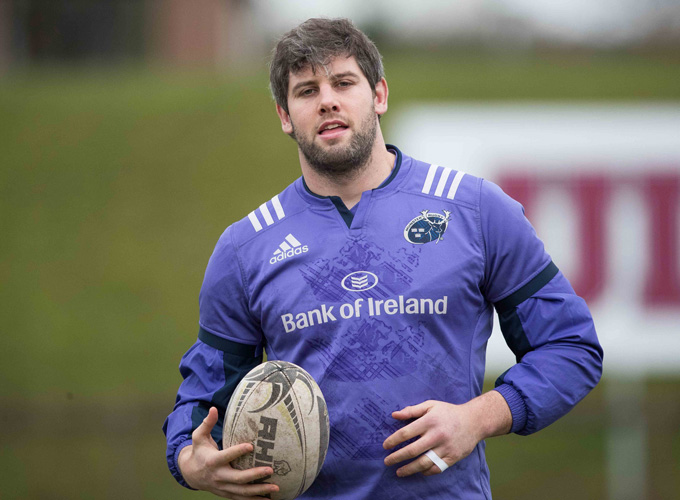 The latest injury update post-Edinburgh, plus we look back at the weekend’s representation on both the international and domestic front.

Dave O’Callaghan is following return to play protocols for a concussion he sustained in Friday night’s PRO12 win over Edinburgh.

On the injury front Duncan Casey and Darren Sweetnam return to full training this week. Casey has completed his rehabilitation for the knee injury he sustained against Glasgow Warriors in the Champions Cup in October while Sweetnam returns after sustaining a knee injury against Leinster in the Guinness PRO12 in December. Their availability for Friday’s round 14 game against Newport Gwent Dragons will be assessed as the week continues.

John Madigan will meet with a specialist this week for further review on the ankle injury he sustained while playing for Dolphin in the AIL.

On the international front, John Ryan made his first 6 Nations appearance in Ireland’s opening round loss to Scotland on Saturday. The Munster tighthead, who made his debut in the green jersey against Canada in November, came on as a second half replacement in a game at also saw Keith Earls cross for his 20th Irish try.

Meanwhile there were better fortunes the night previous for academy second row Fineen Wycherley and sub academy representatives Joey Conway, Adam Moloney, Jack Lyons and Conor Fitzgerald, all of whom were included in the Ireland U20 side that defeated Scotland at Broadwood Stadium.

In Division 1A of the AIL, Cian Bohane crossed for Young Munster for the second time in as many weeks, securing a bonus point win for the Cookies over Garryowen in the process. Played under lights at Dooradoyle on Friday night, the game also saw the welcome return to action of academy playmaker Bill Johnston following an ankle injury. Johnston was joined in the Garryowen lineup by his academy colleague Steven McMahon.

Also in 1A, the academy trio of Liam O’Connor, Vincent O’Brien and Rory Burke featured for Cork Constitution in their 19-3 win over Dublin University at Temple Hill.

In 1B, Stephen Fitzgerald lined out for Shannon in their fruitful trip to Donnybrook where they recorded much needed 26-22 win over Old Wesley.