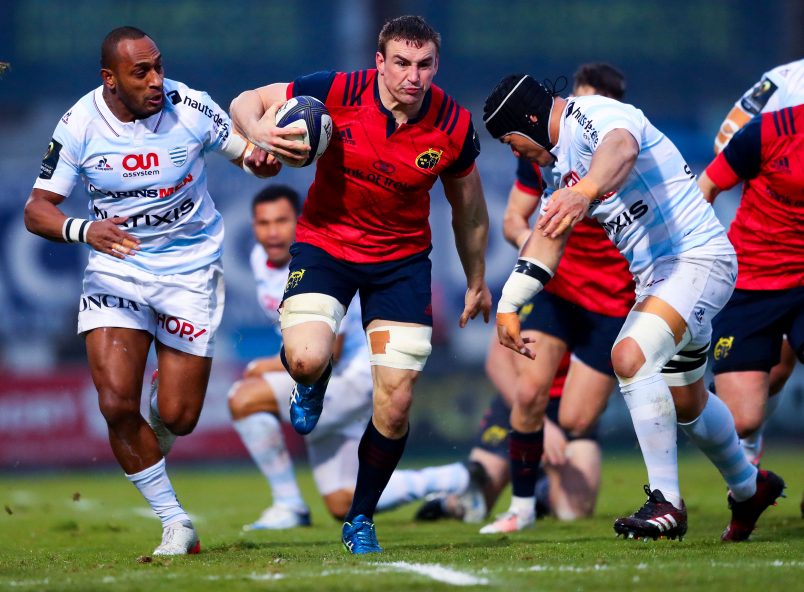 Following on from the rescheduled Champions Cup game against Racing 92, Tommy O’Donnell is the main injury concern at this point.

The Tipperary man started against the Parisian side after recovering from an ankle sprain sustained against Connacht a week earlier, however, the flanker suffered a knock to his other ankle in the bonus point winning encounter and was forced to leave the game after 48 minutes.

O'Donnell will be reviewed by the medical department as the week continues but is a doubt for the round five game against Glasgow.

After overcoming illness Jean Kleyn and Thomas Du Toit will return to full training this week.

While in Munster A's British & Irish Cup bonus-point win away to Doncaster, Sam Arnold was replaced at half-time after sustaining a knee injury and the centre will undergo a scan this week for further investigation.

Scrumhalf Angus Lloyd is not available to feature in the competition as he is cup tied after featuring for Ulster Ravens in the earlier rounds.

The Munster A side lead pool 2 after three successive bonus-point victories and, although through to the knock-out stages of the competition, the result of next Friday's return encounter against Doncaster will confirm if it's a home or away quarter final to be played on the weekend of March 10th.