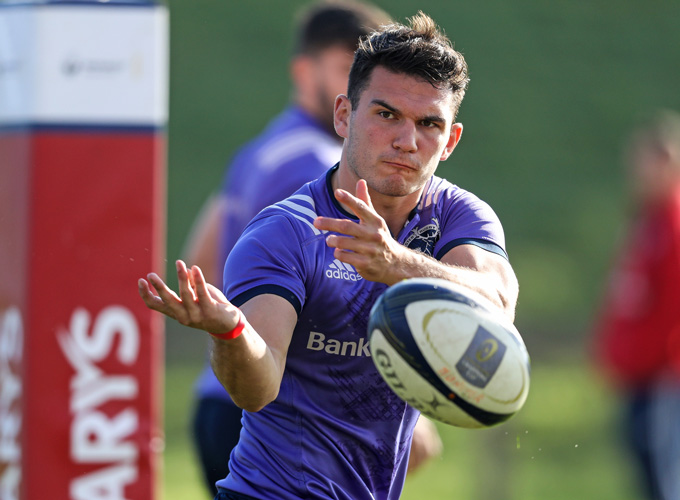 As the Ireland Men’s 7s programme continues to build towards the Rugby Europe Grand Prix in June and July, IRFU Director of 7s Rugby Anthony Eddy has included four Greencore Munster Academy players in a 14 man squad for a two day training camp in Cardiff on Thursday and Friday this week.

Munster’s Shane Daly, Ned Hodson, Steven McMahon and Greg O’Shea are all named in the squad that will train with the Welsh Men's Sevens squad on Thursday and the English Men's Sevens squad on Friday. Both of these teams are currently competing on the HSBC World Rugby Sevens Series, with England winning the most recent stage in Cape Town.

Ahead of the camp Anthony Eddy said, “This week's camp will provide the players involved the opportunity to continue to develop their rugby sevens skills in a competitive and challenging environment.

“It's important that the players are building and developing all the time as we build towards the Rugby Europe Grand Prix this summer and the opportunity to train with and against players that are competing on the World Rugby Sevens Series will offer our players the chance to do that.”

Next month, Ireland will welcome England to Dublin where the sides will again train against each other. Ireland will also travel to Portugal for a camp in February.