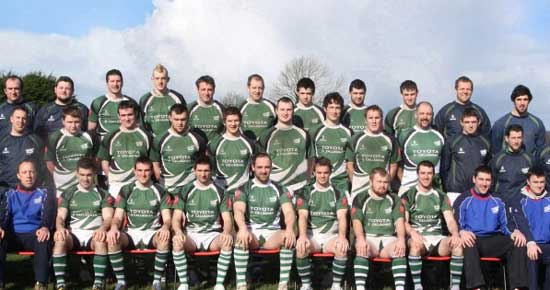 Kanturk recorded a great 32-23 away win over Ulster side Cooke in Belfast to reach the last four of the All Ireland Junior Cup for the first time.

The Cork side trailed 20-14 at half time with Brian O’Neill scoring a try and Darragh Meade kicking three penalties. Arran Jones and Luke McCabe scored second half ties and Meade added a conversion and two penalties.

Five of the six Munster Junior Cup ties that were scheduled went ahead with Old Crescent being the only side to win away from home.

A penalty by Patrick Quinn and a try by Kevin Hodnett late in the second half gave the Rosbrien side an 8-0 victory over Fermoy. Ian Pratt, Courtney Canning, Dave Callanan and James O’Driscoll tried their best to safe the game for the home side.

At Musgrave Park Sunday’s Well defeated Castleisland 8-3 with all the scores coming in the second half. Frank O’Sullivan scored a try for the winners and Mick Lynch kicked a penalty. Connie Reynolds replied with a penalty for the visitors.

Another Kerry side to make their exit were Third Division leaders Killorglin who lost away to Youghal 17-13. Gavin Dower, Eamon Boland and Alan Frahill O’Connor scored tries for Youghal and Lee McCarthy kicked a conversion.

Mallow defeated Thurles for the second successive week 11-0. Chris O’Regan scored a try for the home side and Dave Walsh kicked two penalties.

The Abbeyfeale v Nenagh Ormond tie was postponed and also called off by the referees were the Division Two game between Killarney and Carrick-on-Suir and the Third Division game involving Kilrush and Ballincollig.

Holders Richmond advanced to the final of the Munster Junior Clubs Challenge Cup with a 36-16 home win over St. Senan’s. Finbar Hogan, Gareth O’Hanlon, Stephen Clancy and Niall Benson scored tries for the Limerick side and Clancy kicked four penalties and two conversions.

Presentation eased their relegation worries in Division Two of the Munster Junior League with a 19-12 away win over Newport. The winners were awarded a penalty try and Mark Phair converted and added four penalties.

Waterford City have moved up to second place in the Third Division after their 24-11 away win over Charleville. The visitors had the bonus point wrapped by half time as they led 24-6 with tries from Liam McCarthy Xian Foskin, Sean O’Mahony and Nicky Jacob, with Jacob converting two of the tries. Brian Brennan replied with two penalties for Charleville and Rob Rea scored a late try.

In the Junior Two League South Carrigaline took a big step towards topping their section with a 13-12 away win over second placed Kinsale. Kieran Kelleher and John Tait scored tries for the winners and Brian Fleming kicked a penalty. Sean Kingston replied with four penalties for the home side.

In the same section Bandon were 18-0 home winners over Skibbereen. Ian Dempsey and Brian Ahern scored tries for Bandon and Olan Crowley kicked a conversion and two penalties.

A try by Peter McSweeney and a conversion and penalty by Tadgh Hawes helped Cobh Pirates to a 10-7 away win over Mallow.

Old Christians defeated Cork Constitution 7-3 with a try by Alan O’Connell and a conversion by Darragh Daly to a penalty by Shane O’Halloran.