O’Connell Ruled Out Of Summer Tour 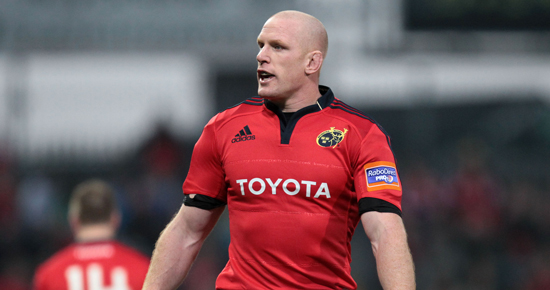 Munster and Ireland second row Paul O’Connell has been ruled out of the upcoming tour to New Zealand.

O'Connell had been undergoing rehabilitation on a knee injury in London with a view to following the Ireland squad out to New Zealand, but he has failed to progress to the level required to allow him take an active part in the tour.

Connacht forward Mike McCarthy has already been added to the Ireland squad as further cover in the back five area of the forwards.

The full squad of 30 players will arrive in Auckland tomorrow evening ahead of their three test matches against the All Blacks on 9th, 16th and 23rd June.

U20 Squad Leave For South Africa