Varley and O’Connell A Doubt 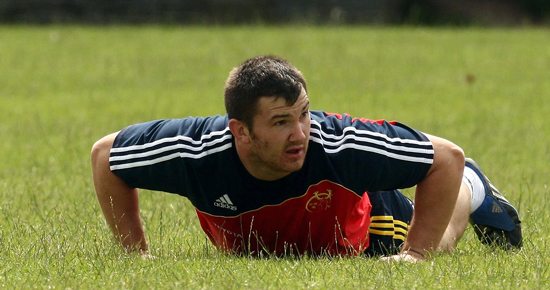 Paul O’Connell and Damien Varley are considered doubtful for the RaboDirect PRO12 semi final clash with Ospreys after suffering injury in the game against Ulster last night (Sat).

O'Connell departed the scene in the 55th minute with a knee injury while Varley, having replaced Mike Sherry in the 45th minute, sustained an ankle injury with just two minutes of play remaining.
Medical examination this morning showed Varley had suffered an ankle sprain but O'Connell will need to see a specialist later in the week to determine the exact nature of his injury. Both are considered doubtful for Munster's semi final next Friday.
However news of Ronan O'Gara is that he's expected to resume training this week with a view to being in consideration for the Ospreys game as is Ian Keatley who missed the Ulster game after sustaining a knock in training last Thursday.
Tickets are available from www.ospreysrugby.com or from the ground on the day. Tickets purchased online are collection only and it is advisable to leave plenty of time for collection. Tickets are priced at £28 (CAT A), £24 (CAT B) and £20 (CAT C).