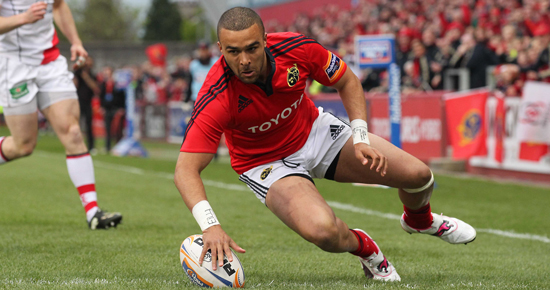 Five Munster tries saw the home side to a 36-8 victory over Ulster tonight in the RaboDirect PRO12.

Deasy kicked off the second half off at 17-3 and nine minutes later hooker Mike Sherry got over the line for Munster’s third try.

This followed two more tries from Prop Stephen Archer and flanker Tommy O’Donnell who touched down in the final minute of play.