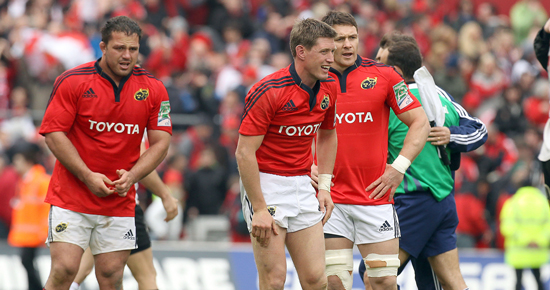 Munster have named an extended squad for the RaboDirect PRO12 clash with Glasgow Warriors in Musgrave Park on Saturday, ko 7.15pm

All the principals are involved with the exception of James Coughlan who will have surgery on his injured hand tomorrow in Dublin.

Keith Earls is included though remains a doubt having picked up a leg injury in Sunday's game. He had a scan yesterday that showed some ankle ligament damage but it remains to be seen if he will be fit in time for this game.

Unavailable due to injury