We Were Pretty Woeful – Gaffney 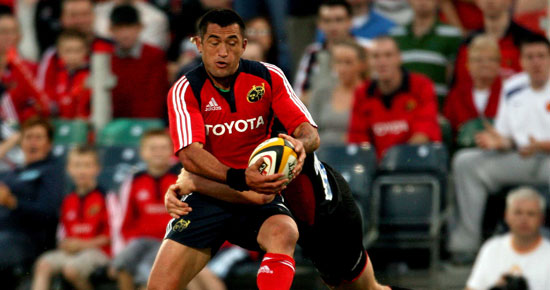 While Munster coach Declan Kidney wont be getting carried away with Friday night’s result his counterpart Alan Gaffney was far from happy with his side’s performance saying, “We can’t gloss over the fact that it was a pretty woeful performance.”

While Munster coach Declan Kidney wont be getting carried away with Friday night’s result his counterpart Alan Gaffney was far from happy with his side’s performance saying, “We can’t gloss over the fact that it was a pretty woeful performance.”

Although Gaffney’s preparations were disrupted by the late withdrawal of two players, Brent Russell and out-half Glen Jackson, Gaffney wasn’t prepared to accept this as an excuse,

“Yes the guys were put on the back foot a bit this week following the injuries to Glen and Brent , but you cannot use that as an excuse.

“It was an extremely disappointing display. Enthusiasm was lacking and there didn’t appear to be any energy levels. As a result we were beaten up in the forwards and our defence was awful. It was a very disappointing evening.

“We knew that Munster would play with a passion and we didn’t seem to take that into account. We trained well in the week but couldn’t transfer that on to the pitch tonight.

“But we can’t change what has happened, we have to look forward and we have work ahead of us this week as part of the preparations for Wasps. We’ll have to play with our heads and hearts a lot more. Certainly one area we will need to focus a lot on is the collision area. It was poor tonight and we got bashed up. There were guys falling off tackles and we were soft in the contact.

That collision area he referred to cost Munster dearly with both Donnacha Ryan and John Kelly forced to retire injured. Kelly twisted a knee while Ryan sustained a broken bone in his thumb that will rule him out for a six to eight week period.

With two second row and three back row in France, John O’Sullivan already sidelined and now Ryan on the injured list, Munster find themselves thin on the ground in terms of line-out jumpers and back row options.

Next up for Munster is the game against Viadana next Friday at Musgrave Park looking resplendent in it’s new coat of paint.