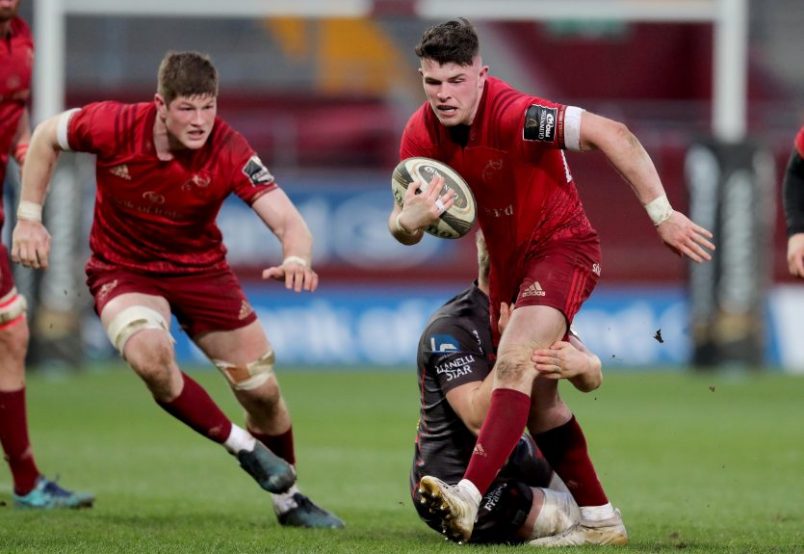 Calvin Nash makes his first start of the season with Jack O'Donoghue among the replacements as he returns from a long-term knee injury.

The Munster side has been named for Friday night’s Guinness PRO14 clash away to Ospreys at the Liberty Stadium (7.35pm, live on eir Sport, TG4 and Premier Sports).

Billy Holland captains the side with six changes to the team that secured a bonus-point win over Southern Kings at a sold-out Irish Independent Park last weekend.

Calvin Nash makes his first start of the season on the right wing with Jaco Taute and Dan Goggin coming in to form the centre partnership.

Jack O’Donoghue is named among the replacements and is set to make his first appearance since sustaining a knee injury last May.

Mike Haley starts at full-back with Nash and Darren Sweetnam on the wings. Taute and Goggin are named in midfield with Neil Cronin and Hanrahan in the half-backs.

Jeremy Loughman, Marshall and Archer pack down in the front row with Jean Kleyn and Holland in the engine room. 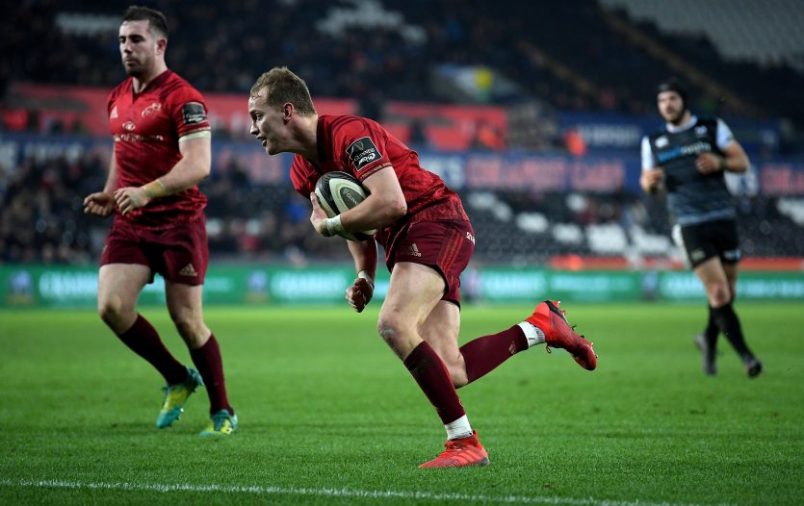 Munster made it seven wins in a row with an extremely hard-fought win over Ospreys at the Liberty Stadium on Friday night.

A Darren Sweetnam try, a penalty try and a Mike Haley try secured the win with JJ Hanrahan kicking one conversion as Munster kept their place at the top of Guinness PRO14 Conference A.

Late addition Tadhg Beirne produced a Man of the Match performance on his return from injury as he slotted into the side instead of Jean Kleyn, who missed out through illness.

Strong work from the pack punched through the centre of the Ospreys defence with Hanrahan floating a superb pass out to Sweetnam on the left wing. The winger expertly stepped inside two defenders to touch down with Hanrahan’s conversion giving Munster a 7-0 lead.

Ospreys replied with a try of their own through Hanno Dirksen on 18 minutes. Keelan Giles made a break and chipped through with Dirksen managing to touch down despite the recovering Munster defence. Luke Price’s conversion levelled matters.

A Price penalty saw Ospreys take the lead for the first time on 32 minutes after a Munster offside.

Munster hit back with their second try after a strong period of pressure. Beirne looked to touch down off the base of the post and Sam Cross intervened to knock the ball out of his hands from an offside position.

After consulting with the TMO, referee Stuart Berry awarded the try and showed the yellow card to Cross as Munster regained the lead for a 14-10 half-time advantage.

After an evenly-fought third quarter, Ospreys reduced the gap to a point as Price’s second penalty after 62 minutes made it 14-13.

Munster had to work extremely hard to secure the win with Haley scoring the crucial try on 70 minutes. The pack made the hard yards to get Munster to within a yard of the line with Bill Johnston eventually whipping a pass out to the left wing for Haley to score.

Although a converted Ospreys try would have given the hosts the victory, Munster managed to see out the remainder for another vital win.

Tadhg Beirne was named Man of the Match.

Calvin Nash made his first start of the season in the clash.

Jack O’Donoghue made his return from a long-term knee injury. 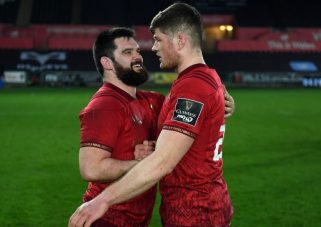 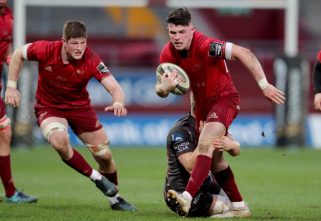 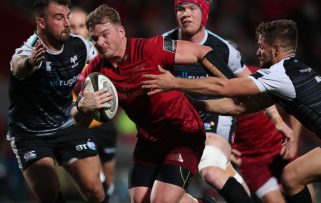 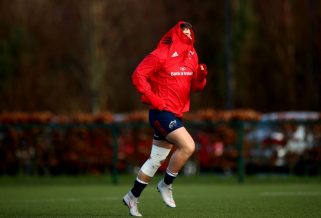 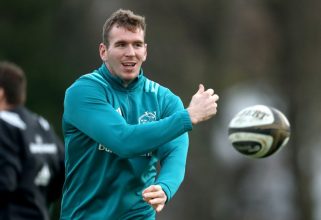