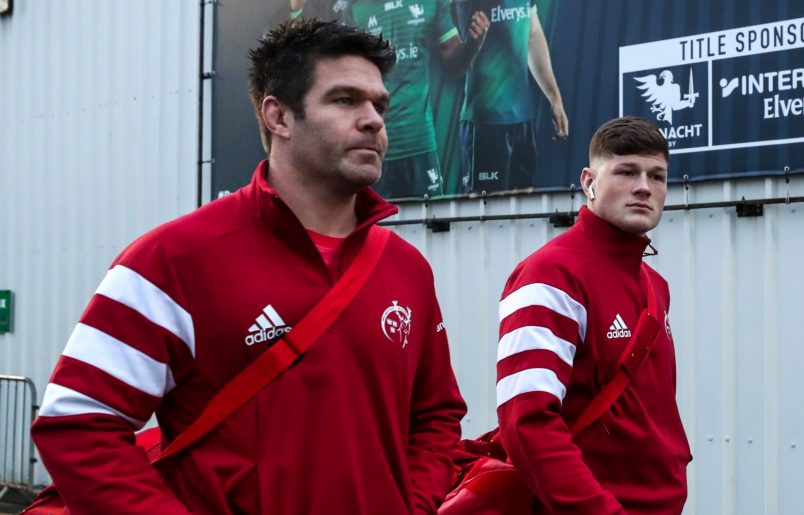 The Munster team to face Leinster at a sold-out Thomond Park on Saturday at 6pm has been named by Head Coach Johann van Graan.

Billy Holland captains the side with seven changes to the team that defeated Connacht at the Sportsground last week.

Haley starts at full-back with Dan Goggin and Shane Daly named on either flank. Goggin, who has previously played on the wing as a replacement, starts as a winger for the province for the first time.

Scannell and Arnold pair up in the centres with McCarthy and JJ Hanrahan, Man of the Match last week, in the half-backs.

Wycherley and Holland start in the engine room with O’Donnell, Chris Cloete and O’Donoghue completing the side.

In keeping with previous years, the fixture has been nominated as Munster Rugby’s official Charity Match.

During half-time, representatives from the Jack & Jill Children’s Foundation and the Peter McVerry Trust will each be presented with a signed Munster jersey on the pitch.

€1 from each match programme sold will be donated to the respective charities. 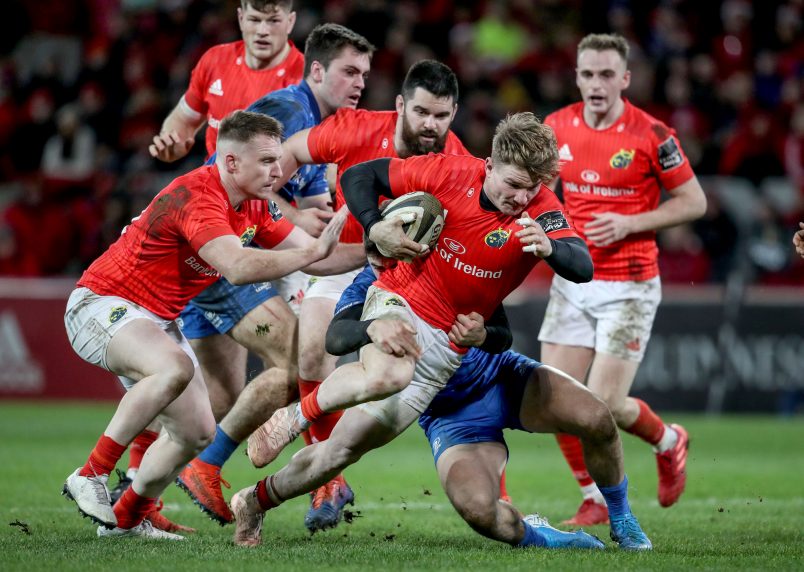 Munster’s two-year unbeaten run at Thomond Park ended on Saturday night as Leinster edged a fiercely-fought Guinness PRO14 encounter at a sold-out  Thomond Park with an increased capacity of 26,267 in attendance.

Despite the defeat, Munster stay one point clear of second-placed Edinburgh in PRO14 Conference B.

The strong wind played a big part in the flow of the game as Leinster took advantage of the conditions to establish a 13-3 half-time lead.

Munster had the upper hand in the second half and had plenty of possession in the Leinster 22 but were unable to convert their territory into that all-important try.

JJ Hanrahan kicked both Munster penalties and was 100% off the tee. Three Greencore Munster Rugby Academy players featured for Munster in the clash – Keynan Knox, Jack O’Sullivan and Diarmuid Barron –  with Joey Carbery making his first appearance of the season off the bench.

Playing into the very strong wind in the first half, Munster threatened first when Mike Haley jinked his way down the left wing before releasing Shane Daly into space.

The winger made good ground cutting inside but when the ball was recycled a pass went to ground and the chance was gone.

A Ross Byrne kick in behind the Munster defence gave the visitors good field position and Leinster were clinical in taking their first chance.

Byrne and James Lowe combined to get within inches of the Munster line and after going through the phases, Ed Byrne scored from close range after 10 minutes with Ross Byrne converting.

Chris Cloete was then unlucky to be penalised at the breakdown as he looked to have won a clean turnover but the penalty was awarded to Leinster and Byrne made it 10-0 after 23 minutes.

Munster were struggling to get good field position against the strong wind and a lineout infringement handed Byrne a second penalty chance with the out-half making it 13-0.

The hosts ended the half strongly after Nick McCarthy blocked down Byrne’s attempted clearance to get Munster valuable field position.

JJ Hanrahan stepped up to land the very tricky penalty against the wind and Munster trailed 13-3 at the interval.

Munster came racing out of the blocks at the start of the second half and JJ’s second penalty after a Leinster offside reduced the margin to seven points after 45 minutes.

Leinster looked to strike back immediately and had two periods in the Munster 22 but excellent defence forced two knock-ons to relieve the pressure.

A huge clearance from the left boot of Rory Scannell got Munster back into the Leinster half on 55 minutes and the final 25 minutes were played almost entirely in Leinster territory.

A well-executed Carbery kick dribbled into the corner on 64 minutes but Leinster claimed the lineout and made the clearance.

Munster kept up the pressure and continued to pin Leinster back into their own 22 but couldn’t find the killer pass against an excellent defence.

There was one final chance in the last minute when Academy man Jack O’Sullivan won a vital turnover and Carbery kicked to the corner.

The lineout went awry though and Leinster managed to see out the game.

Kevin O’Byrne will be assessed by the medical department for an ankle injury.

Joey Carbery made his first Munster appearance of the season. 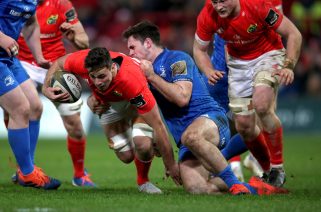 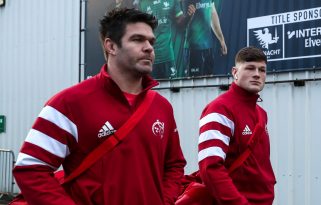 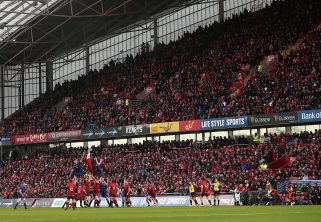 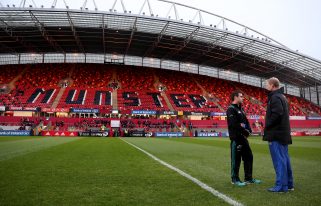 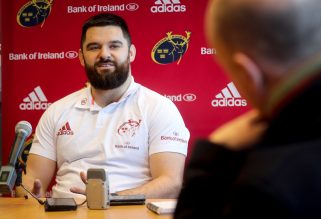 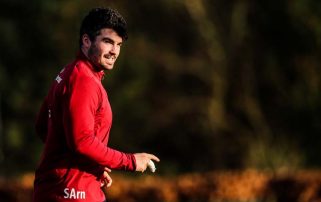 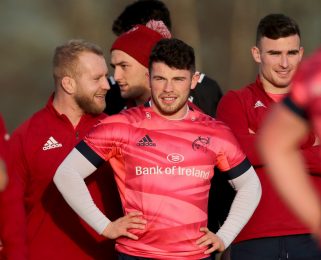 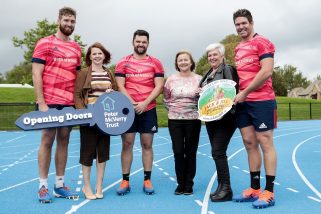