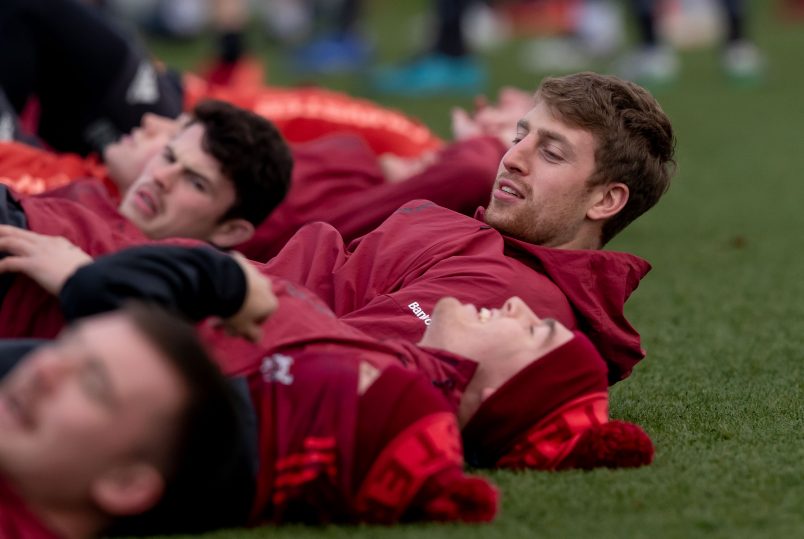 Liam Coombe makes his first appearance of the season to start against Ulster.

The Munster team has been named for Saturday’s Guinness PRO14 game against Ulster at Kingspan Stadium (5.15pm – live on eir Sport and Premier Sport).

Head Coach Johann van Graan makes a raft of changes for the interprovincial clash with Niall Scannell and Liam Coombes making their first appearances of the season, while Academy out-half Ben Healy has successfully rehabbed the shoulder injury sustained against Harlequins to start in the number 10 jersey.

In the replacements there is a welcome return for Dave Kilcoyne who is included in his first match-day squad since injuring his ankle against Leinster in August.

Shane Daly, who is the only player to retain his starting position from the Clermont game, makes the switch to full back for his second appearance of the season and joining him in the back three are wingers Coombes and Calvin Nash.

Rory Scannell and Dan Goggin form the centre partnership while Craig Casey joins Healy in the half back pairing.

It’s a new front row combination with Liam O’Connor, Niall Scannell and John Ryan starting together for the first time, and behind them are Fineen Wycherley and captain Billy Holland in the second row.

Completing the pack is a back row of Jack O’Donoghue, Chris Cloete and Jack O’Sullivan.

Another young Academy out-half, Jack Crowley, is in line to make his Munster debut if sprung from the bench. 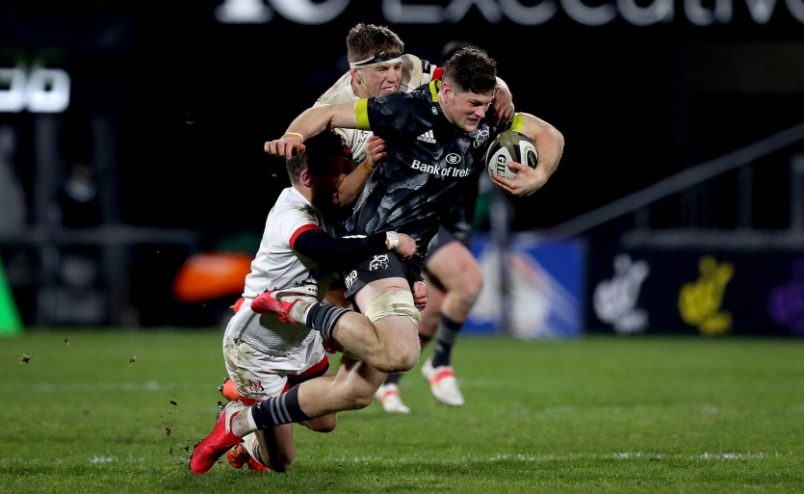 Munster secured a losing bonus point in Belfast after a much-changed side came from 15-3 down at half-time to score a converted try with the clock in the red to leave a final scoreline of 15-10.

Munster made 14 changes to the starting XV which beat Clermont Auvergne last time out as first-half tries from Matt Faddes and Ethan McIlroy in addition to five points from the boot of John Cooney gave Ulster a 15-3 lead at the interval. A penalty from Ben Healy got Munster on the board after 12 minutes.

Ulster dominated territory in the third quarter and despite being down to 14 men, Munster kept the northern province at bay with some determined defending.

That rearguard effort proved crucial as Darren Sweetnam crossed for a try with the clock in the red to secure the losing bonus-point.

Ulster were on the front foot from the kick-off but stern Munster defence repelled two attacks from the hosts. However, Dan McFarland’s side scored the opening try of the game soon after from a set-piece move. Jacob Stockdale broke through the Munster line before offloading to Matt Faddes who touched down in the corner. John Cooney’s touchline conversion attempt was wide as the hosts took an early 5-0 lead.

Munster responded well as pressure from Chris Cloete saw Munster awarded a scrum. Munster went through the phases from the resulting possession and were awarded a penalty as Ulster infringed offside. Ben Healy made no mistake from the shot at goal to reduce the deficit to two points after 12 minutes.

Five minutes later, Ulster notched their second try after Billy Burns’ cross-field kick found Ethan McIlroy in space and the young winger crossed in the corner. Cooney was on target with his conversion attempt to give his side a 12-3 lead approaching the midway point of the first half.

A series of penalty concessions from Ulster saw Healy kick Munster into the corner but Johann van Graan’s side were unable to take advantage as the hosts won a penalty at an ensuing ruck.

With 10 minutes remaining in the first half, Cooney extended Ulster’s advantage with a penalty in front of the posts to leave the hosts with a 15-3 lead. This score remained as the teams entered the changing rooms for half-time.

Both teams had periods of possession in the opening quarter of the second half and it took some brilliant defending from the visitors to prevent a third try from Ulster. During this passage of play, referee Mike Adamson adjudged captain Billy Holland to have taken down an Ulster maul and the Cork man was sent to the bin as a result. Despite being a man down, more resolute Munster defence kept Ulster at bay until Cloete popped up with a vital turnover to relieve the pressure.

Munster then won back-to-back penalties which allowed Healy an opportunity to reduce the deficit but the Tipperary man’s effort went narrowly wide.

Munster secured more territory in the Ulster 22 as a good kick-chase from Calvin Nash pressured Ulster into a knock-on. From the resulting scrum, Munster brought play up the Ulster 5m line but the ball went forward on the deck to give possession back to the hosts.

Munster went close again with a close-range maul until less than five minutes from full-time, a superb break from Roman Salanoa brought the play to within inches of the Ulster line. Thomas Ahern was held up during his attempt to ground the ball on the next phase but Munster stayed in Ulster territory until a series of scrums led to Darren Sweetnam crossing out wide for Munster’s first try with the clock in the red.

Greencore Academy man Jack Crowley, who was making his Munster debut, notched the conversion as Munster left Belfast with a point for their efforts.

Darren Sweetnam crossed for Munster’s try with the clock in the red to secure the losing bonus-point. Ben Healy added three points in the first half and Jack Crowley converted Sweetnam’s try.

This was Munster’s first loss of the season after securing seven wins in the Guinness PRO14 and two wins in the Champions Cup prior to tonight’s fixture.

Niall Scannell and Liam Coombes made their first appearances of the season.

Shane Daly was the only player in the starting XV to retain his place from the win over Clermont Auvergne in the Champions Cup.

Jack Crowley made his Munster debut when he entered the fray after 67 minutes. 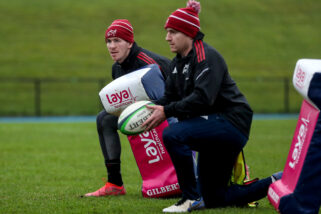 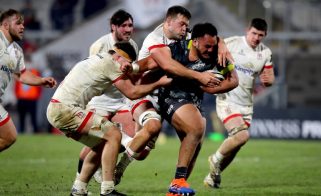 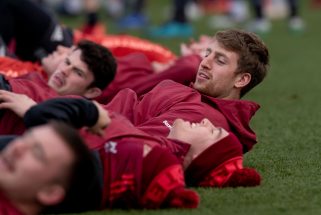 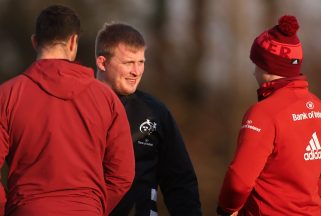 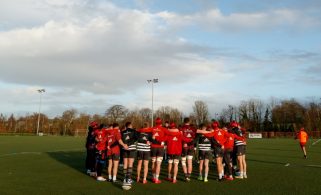 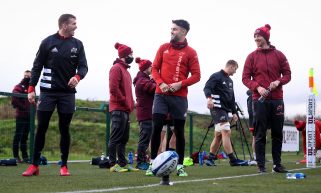 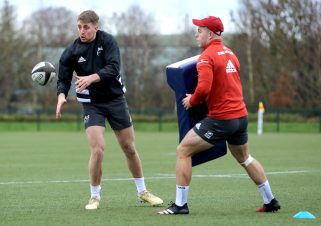