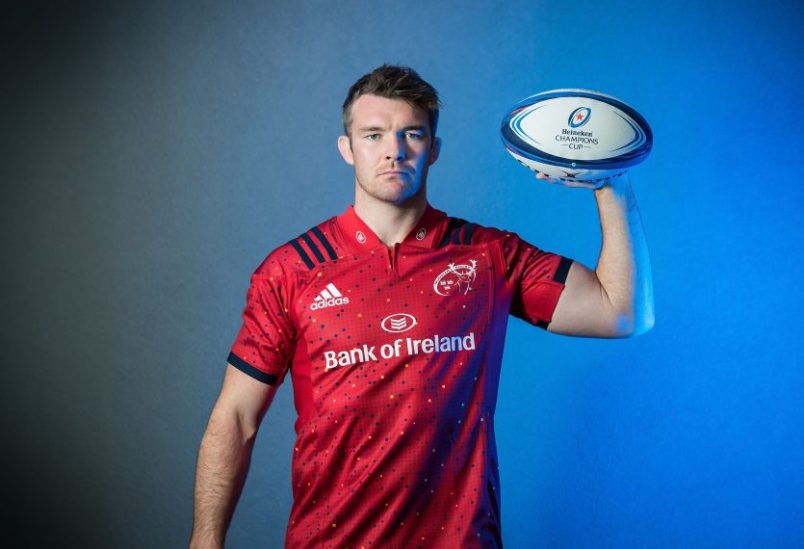 There are several changes to the side that were edged out by Leinster in the Guinness PRO14 at the Aviva Stadium last weekend.

Mike Haley starts at full-back with Andrew Conway moving to the right wing and Keith Earls retaining his place on the left flank to make his 155th appearance for the province.

Rory Scannell comes into the back-line at inside centre to partner Dan Goggin in midfield who makes his Champions Cup debut.

The half-back pairing sees Duncan Williams start at scrum-half alongside Joey Carbery who maintains his place at out-half.

There is an unchanged front row with Dave Kilcoyne, Niall Scannell and Stephen Archer packing down.

Jean Kleyn and Tadhg Beirne continue their partnership in the second row.

Chris Cloete is the only change to the pack with captain Peter O’Mahony and CJ Stander making up the back row. 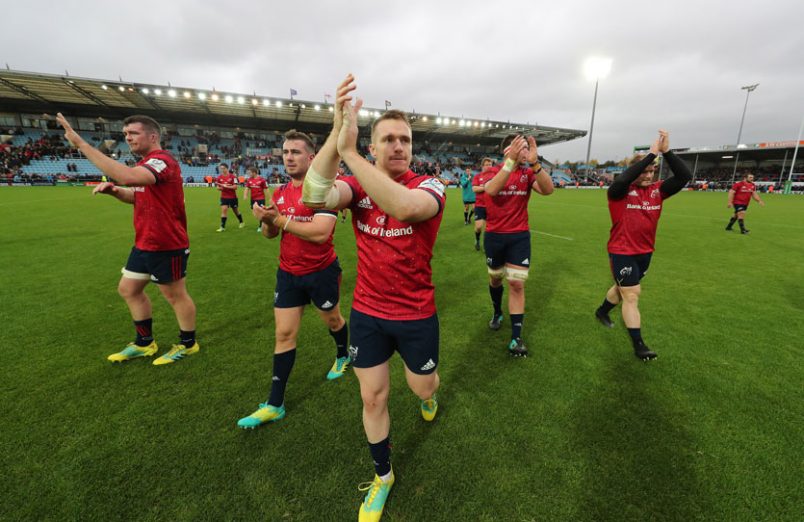 Similar to last season it was honours even in round one of the Champions Cup with Exeter Chiefs and Munster drawing level at the end of a hugely physical and absorbing battle at Sandy Park today.

Conditions played a huge part with a strong gale blowing for the 80 minutes.

The hosts held the advantage in the opening forty and led 10-3 at the break with Luke Cowan-Dickie scoring the only try and Gareth Steeson kicking a penalty and conversion. Munster’s return came from the boot of Joey Carbery, while the second half saw the province reply with a converted CJ Stander try.

There was a last minute change before kick-off with Keith Earls reporting a tight hamstring during the warm-up and Darren Sweetnam went straight into the side to take his place.

It was a tightly contested opening twenty minutes with both sides getting to grips with the blustery gale, making life difficult for each other in possession.

Peter O’Mahony and Tadhg Beirne shone brightest for Munster early doors, but it was Exeter who put the first points on the board mid-way through the first half when Irishman Gareth Steenson knocked over a simple penalty from straight in front of the posts.

Five minutes later some clever link-up play between Dan Goggin and Darren Sweetnam down the left wing brought Munster right up to the Exeter twenty-two, and after a series of phases from the men in red, Exeter eventually fell to the pressure. They coughed up a penalty just in front of the posts and Carbery made no mistake to level the scoring at 3-3.

Exeter’s reply was excellent however. The hosts began to dominate possession as the half wore on and in the end it was hooker Luke Cowan-Dickie who bundled his way over the Munster line to give the Chiefs a seven point lead just before the break.

The arm-wrestle continued through the second forty as it remained scoreless for the first twenty minutes of the half.

On the hour mark, Exeter blazed downfield and looked a certainty to score only for some great determination and bravery from Duncan Williams.

The scrumhalf showed all of his commitment to dart back downfield and not make one, but two, strong tackles, ultimately forcing Rob Baxter’s men into knocking on inside the Munster twenty-two.

Minutes later Munster were down the other end with Williams dictating the tempo deep inside Exeter territory. Tommy O’Donnell showed his worth from the bench with a storming carry bringing Munster within inches of the chalk and with the reds sniffing blood, CJ Stander did what he does best to burst his way over and draw the two sides level.

Ten points apiece and with fifteen minutes left on the clock, this one looked poised for a grand-stand finish.

With just a minute remaining that’s actually what we got. Joey Carbery looked to clear his lines from his own twenty-two when the wind carried the ball the whole way downfield where it eventually went dead and brought play back for an Exeter scrum.

The pressure was on as Munster were forced to defend en masse with the clock ticking red but the visitors showed immaculate discipline and true desire to hold out the Premiership side at home and secure a valuable two points on the road.

It was a first European outing in the Munster red for Mike Haley, Joey Carbery and Tadhg Beirne, with Beirne picking up a deserved man of the man award.

On the injury front Sammy Arnold will be assessed for a bang to his throat, while John Ryan will be monitored for an ankle roll, with Earls managing a tight hamstring. 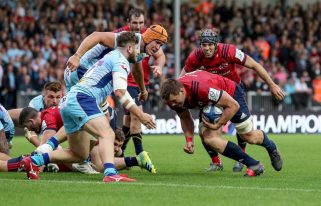 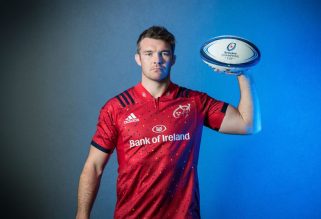 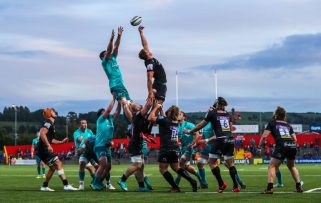 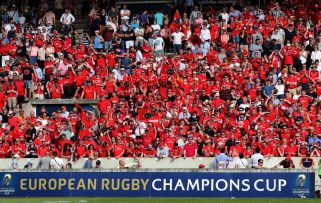 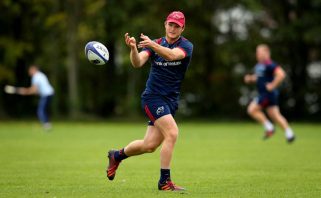 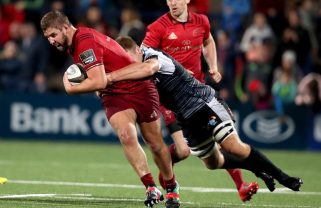